WWI German soldier with a cat on his head... 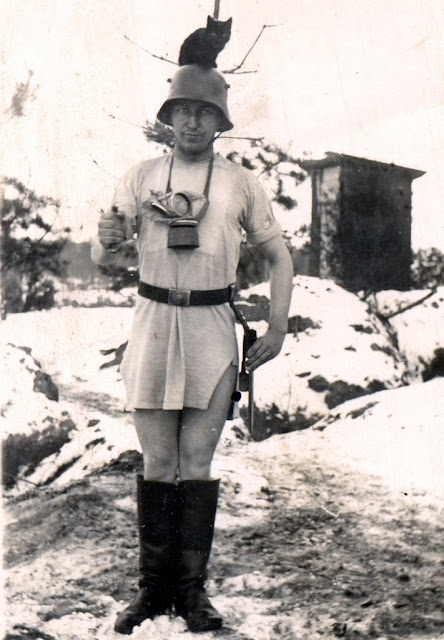 ... wearing a nightshirt, armed with a bayonet, standing in front of a latrine.

p.s. sorry about the grammar here, which makes it sound like the cat is wearing the nightshirt and is armed with the bayonet...

Addendum:  Reposted from 2010 in response to the comment "Is'nt having "a cat on your head" a slang for having a hangover in German?"

Ich habe Deutsch nicht seit viertzig jahren studiert, but after some searching I found the word "katzenjammer" has this etymology -

- and is used to describe the effects of a hangover.  So perhaps this soldier was trying to depict what his head felt like that morning?

Addendum #2:  A hat tip to reader Gus Bryngelson for the comment "The Garde du Corps had a lion on their helmets, this is likely what was being hinted at."