"Killer Zeppelin" not used against Napoleon 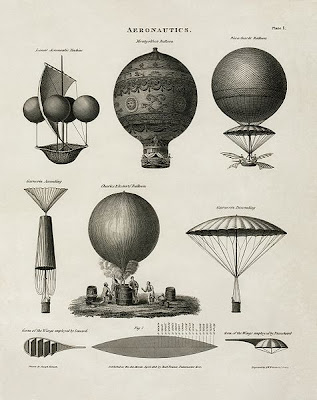 
“The Russian commander even requested a secret weapon that was to have been deployed early in the war [of 1812]: a gigantic balloon designed to float over the approaching French and detonate, vaporizing the enemy in one blinding flash...

Rostopchin, the military governor of Moscow, was an enthusiastic supporter of the death zeppelin and met with its inventor, a German named Franz Leppich. “This invention will render the military arts obsolete,” he wrote Alexander...

The device, however, had trouble getting into the air as its wings kept breaking off during tests, plunging the balloon to the ground.  It never saw action in the campaign.”


The term zeppelin is being used a bit too loosely by the author, since it really should refer to rigid airships of the 20th century.  Nevertheless, I find it interesting that hot-air balloon technology was adapted so quickly to warfare; I had not been aware of its use in that regard until the American Civil War in the mid 19th century.

And the deployment proposed for the Napoleon/Russian confrontation wasn't just simple troop spotting - it was to be an airburst weapon sort of like the balloon in the movie Black Sunday.  One wonders what combustible would have been used it in...