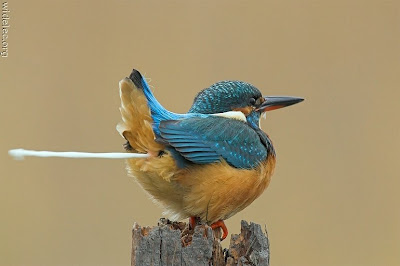 An interesting item I recently encountered in the book Paradise Found: Nature in America at the Time of Discovery, by Steve Nicholls (University of Chicago Press, 2009):


“But several islands in the Caribbean had big enough and old enough seabird colonies to have built up thick layers of guano, well worth mining as agriculture in North America spread westward and spilled onto the Great Plains. Just how important guano was before the days of chemical fertilizers was illustrated in 1856, when the United States passed the Guano Islands Act. This allowed any U.S. citizen to claim as U.S. territory an uninhabited guano island anywhere in the world, and it empowered the president to use the U.S. military to defend those claims. In all, more than fifty islands were claimed, and some are still disputed...

Here's the citation from the federal legislation, which to my knowledge has never been remanded:


Whenever any citizen of the United States discovers a deposit of guano on any island, rock, or key, not within the lawful jurisdiction of any other Government, and not occupied by the citizens of any other Government, and takes peaceable possession thereof, and occupies the same, such island, rock, or key may, at the discretion of the President, be considered as appertaining to the United States.

I coubt there is any land in the world not presently under "the lawful jurisdiction" of any government, so I suppose the Act is irrelevant, but it does demonstrate how empires were built in the old days.