The complicated logistics of Haitian relief 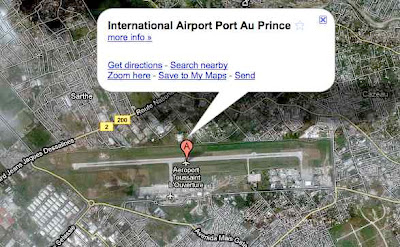 From a post at Crooks and Liars responding to the complaint that Americans are "not letting the relief supplies in" to Haiti, this observation:

Because the air traffic control tower has collapsed, all of this is being done by radio, on the ground - in a place that only has one runway/taxiway for planes, set directly in the middle of the airport and thus making it difficult for other planes to take off and arrive.

Col. Buck talked about how they have to "stack the aircraft until we have space for someone else to come in. " The maximum number of aircraft that can fit on the ground: one wide-body, five narrow-body planes. and three smaller aircrafts that can taxi in on the ground, filling that spot as necessary.


Posted for my brother-in-law, who is an air traffic controller.