The reason vault lights are purple 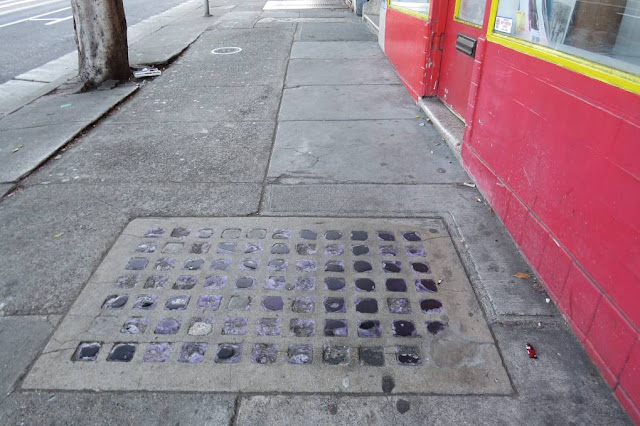 Most urban dwellers are quite familiar with "vault lights" in sidewalks that provide a modicum of illumination to underground chambers.


This kind of technology was first used on ships as deck lights.  “It's long been the traditional way of lighting the interior of ships. While kerosene lamps were sometimes used, the smoke could make interior spaces uncomfortable. And candles could become a fire hazard on wooden ships,” says Diane Cooper, a museum technician at the San Francisco Maritime National Historic Park.

The prisms inlaid into the deck were intended to direct light both down and up. The daylight comes down to light potential sleeping areas where sailors might forget about a candle. And if a fire breaks out below, the prisms would glow with warning for the sailors above...

But why the purple?


In order to clarify and stabilize the glass..., chemists could use manganese dioxide. When vault lights were first installed, much of the glass was clear. But when the manganese is exposed to UV rays for long periods of time, it photo-oxidizes and turns purple or pinkish. Hence, the reason so much of the glass is now purple.

This process can take decades. So when you see colored glass, it’s either really old or someone dyed it to mimic the old glass.