I have previously posted about the damage that fisherman inflict on forests when they dump unused bait on the shore:


At dusk Chaffin provided a tour of a colony of night crawlers — the most damaging of the worms — residing beneath a massive basswood tree behind his campsite. Each year, the worms can eat a season’s worth of basswood leaves, depriving the forest floor of “duff,’’ the carpetlike layer of decaying matter that is a critical component of northern American forests.

Recently, a non-native earthworm was discovered at the University of Wisconsin Arboretum 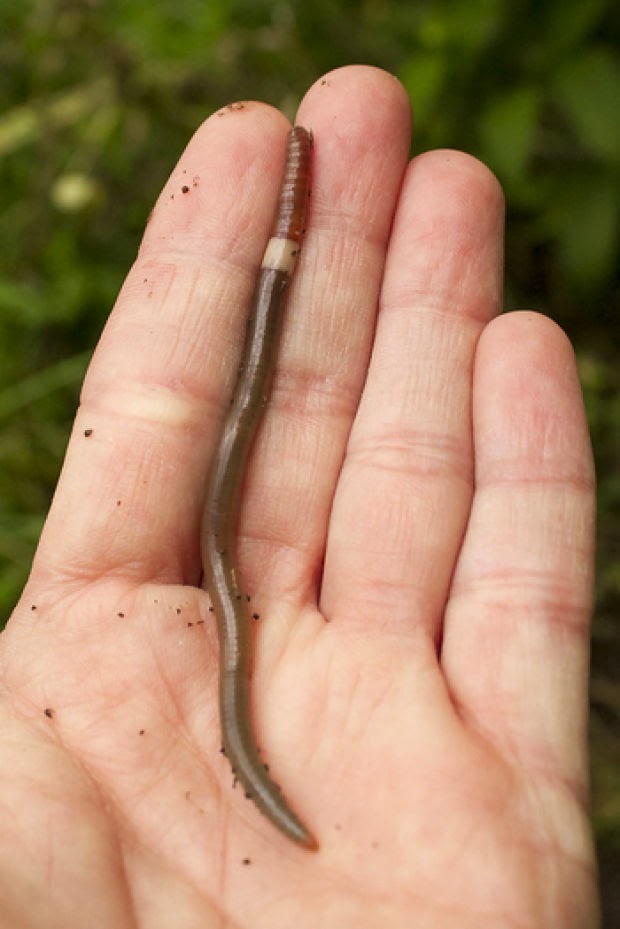 
The Amynthas agrestis, also called the Asian crazy worm, was discovered last fall in the Arboretum, and the species survived the harsh winter. Officials said it’s the first time the species has been seen in Wisconsin, although it’s been in the East and Southeast U.S. for 50 years, Herrick said.

The eight-inchers come with a ravenous appetite and an advanced ability to reproduce, reaching maturity in just two months and creating offspring without mating. When infestations happen, the worms devour nutrient-rich soil at the forest floor. Erosion sets in, making it harder for native plants to survive. In their place, pesky invasive plants can grow.

The worms are presumed to have arrived in nursery plants received from the east coast.

The best resource I know of online for earthworm-related problems is the Great Lakes Worm Watch, maintained by the University of Minnesota.

Reposted from 2014 to add some excerpts from a recent, detailed article in The Atlantic:


With the exception of a few native species that live in rotting logs and around wetlands, there are not supposed to be any earthworms east of the Great Plains and north of the Mason-Dixon Line...

Gardeners now rejoice to find earthworms in their soil, and you can purchase a 1,000-pack of “Nature’s Wonder Workers” on Amazon for $45. There’s even an entire canon of worm-centric children’s literature, including Wiggling Worms at Work and Richard Scarry’s Best Lowly Worm Book Ever!  But Peter Groffman, a soil ecologist at the City University of New York, says that while worms may do some good in your compost bin, they don’t deserve all the credit for your bumper crops and lush ornamentals. “The earthworms are in the soil because the soil is healthy,” he says. “They are not necessarily doing anything for it.”..

The discovery alarmed scientists. In the absence of worms, North American hardwood forests develop a thick blanket of duff—a mille-feuille of slowly decomposing leaves deposited over the course of years, if not decades. That layer creates a home for insects, amphibians, birds, and native flowers. But when worms show up, they devour the litter within the space of a few years. All the nutrients that have been stored up over time are released in one giant burst, too quickly for most plants to capture. And without cover, the invertebrate population in the soil collapses...

Plants like trillium, lady’s slipper, and Canada mayflower vanish, too. This may be because the worms disrupt the networks of symbiotic fungus that many native plants depend on, or because worms directly consume the plants’ seeds. Or that native species, accustomed to spongy duff, are ill-prepared to root into the hard soil left behind when the worms have finished eating. It could be all of the above...


Bernie Williams remembers when she discovered jumping worms in Wisconsin. October 3, 2013, was “the day that ruined many of our lives,” says Williams, a worm expert at the state Department of Natural Resources.

She was leading a group of researchers and managers on a tour of the University of Wisconsin arboretum. Scientists already knew European worms had taken up residence there, and Williams led the visitors to a heavily invaded spot. But as soon as she saw the soil, she knew something was wrong. “These worms were everywhere,” she says.

Over the next three years, the jumping worms stormed across 25 acres of forest in the arboretum, effectively eradicating their European rivals. They have now been reported in 52 of Wisconsin’s 72 counties, Williams tells me, disproving predictions that the harsh winters would keep them at bay...