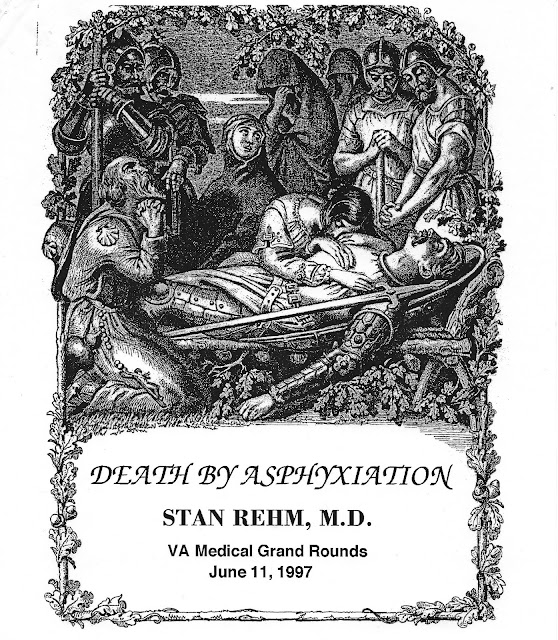 
Erotic asphyxiation—or autoerotic if practiced alone—had been used in several cultures around the world as a spiritual as well as sexual practice. In England, it was recommended as a cure for erectile dysfunction from the early 17th century. Public hangings were routine and well-attended, with crowds of sometimes thousands watching the condemned slowly strangle to death over a period of several minutes. That the men often became erect or even ejaculated before death would not have been missed. This effect was caused by damage to the spinal cord or brain rather than actual sexual pleasure, but many were still curious enough to try it.

I first learned about this a couple decades ago, while doing research for a series of lectures on death by asphyxiation.  So today I'm just going to go ahead and embed the pages of one of my old handouts into this post.  It is not publication-qualtiy because hundreds of citations have been omitted from the handout, and in fact it is not even written in complete sentences because it was designed to supplement a presentation from a podium where the details were explained during the lecture and supplemented by a barrage of visual aids.  It is by definition way too much information for anyone, but perhaps readers can browse through it to pick up items of interest.

It's been sitting in my file cabinet for 23 years;  perhaps I should give it a quick peer review........ yup, looks good enough for the blog. 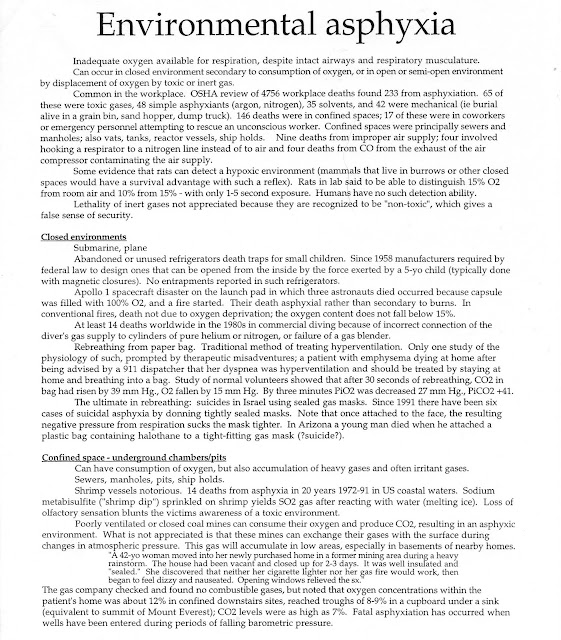 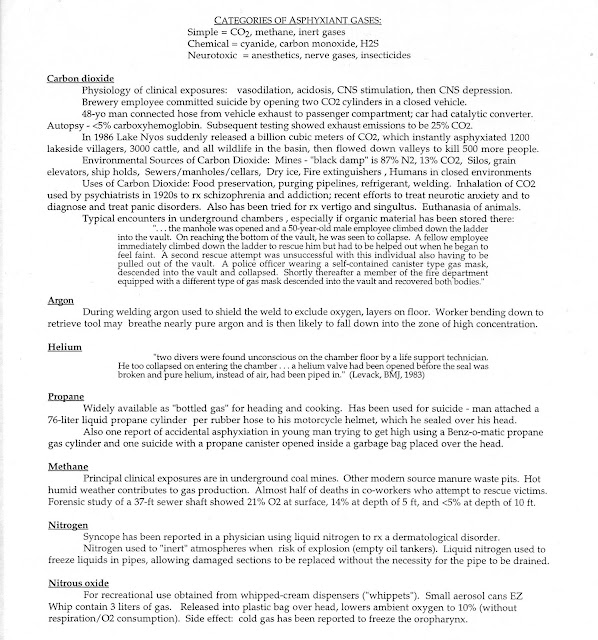 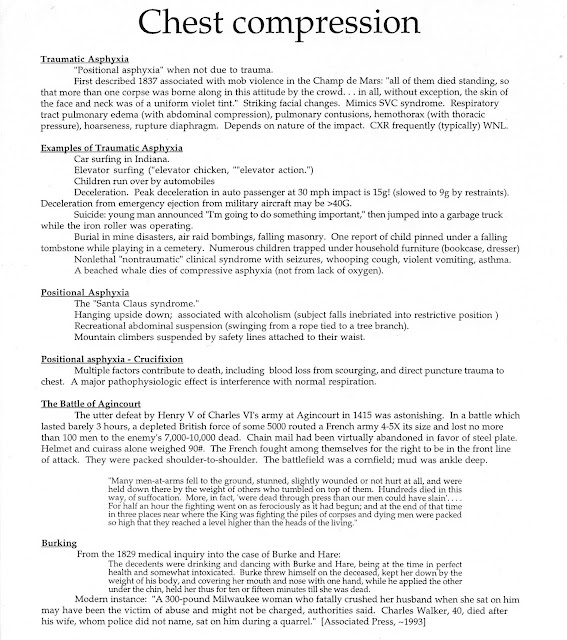 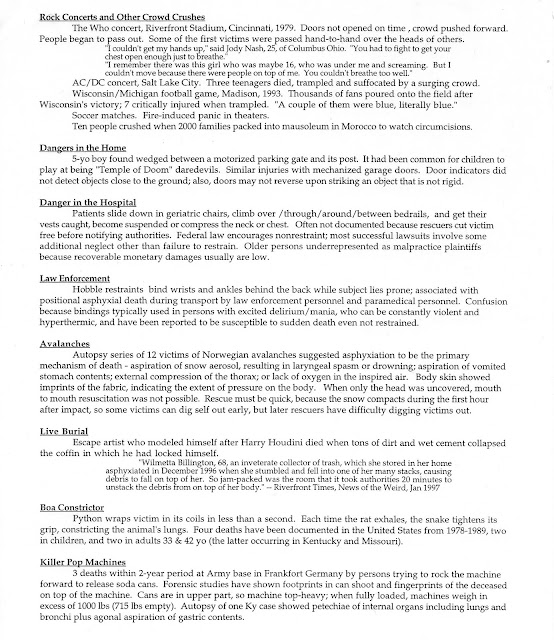 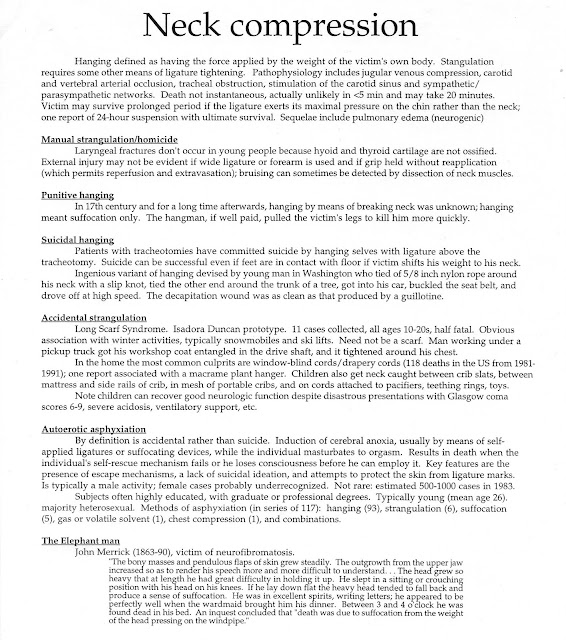 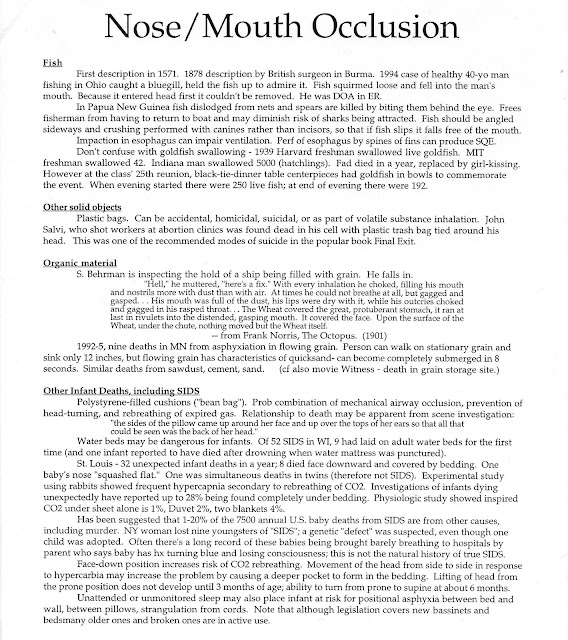 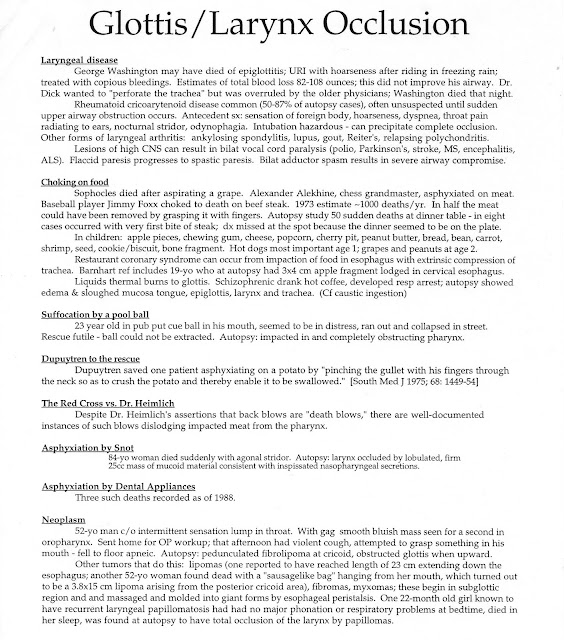 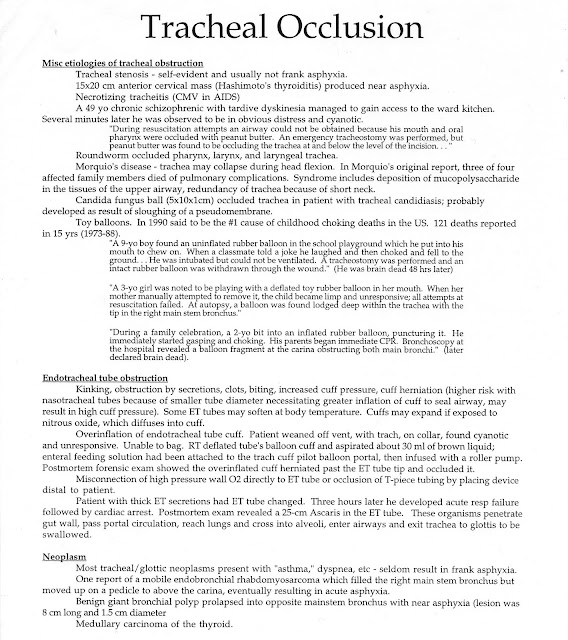 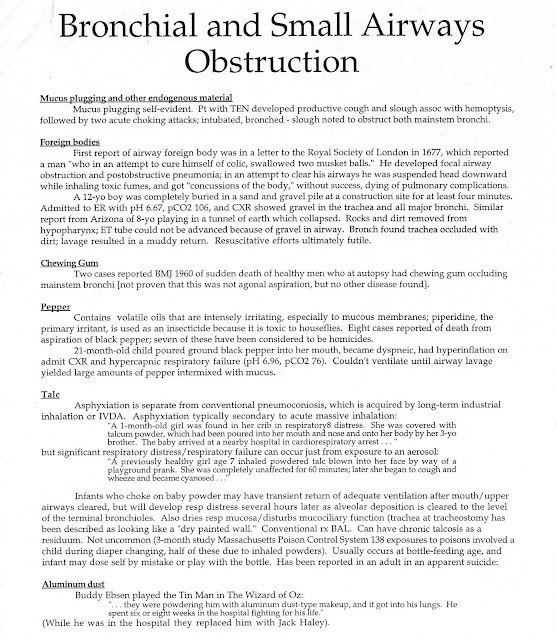