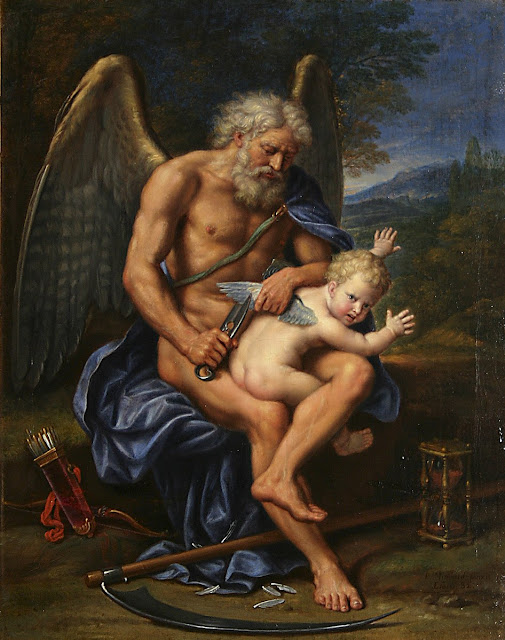 There seems to be water everywhere in space.  "New analysis of the meteorite, called Acfer 049, has revealed ice fossils trapped inside, making it the first direct evidence of frozen water as a building block of early asteroids. Given the meteorite's age, it also preserves material that created our solar system, providing a unique look at our corner of the universe and how it formed."

A gallery of photos of the world's largest walnut harvest (in Kyrgyzstan).

"Why is it so difficult to get a new pair of glasses or contacts in this country? It’s easier pretty much everywhere else... why does the United States require people who want to purchase something as simple as a curved piece of plastic to get a prescription, preceded by a costly medical exam?"


"A lifelong swimmer leapt into deep water near his lakeside home, and was horrified to find himself completely unable to swim. Had his wife not rescued him, he might have drowned. He had recently received an electronic brain implant to control tremors and other symptoms of Parkinson’s disease, and somehow the signals from the device had knocked out his ability to coordinate his arms and legs for swimming. He was one of nine patients, all good swimmers despite having Parkinson’s, who had the same strange, dangerous side effect from deep brain stimulators."

The most common last name in every country.

"In the late 15th century, a mystery disease broke out in England. Thousands died and terror stalked the land. The disease, called the sweating disease, now is only a figment of history and literature.
It may have altered history by killing Prince Arthur, the heir to the throne whose death ushered in the tumultuous reign of Henry VIII.  The disease remains one of medicine’s great mysteries. It came in five waves, and haunted Tudor England for 70 years before disappearing."

The earliest evidence for modern humans in the New World is at Monte Verde in Chile.

"But there’s a good chance that you’re going to see a Ring video doorbell on sale—possibly bundled with an Amazon Echo—this Black Friday. Do not buy it. And definitely don’t buy one for somebody else... It’s under Congressional scrutiny for poor data security and problematic privacy practices. It’s been engaged in dubious secret partnerships with police departments who can gain access to private home security camera feeds." 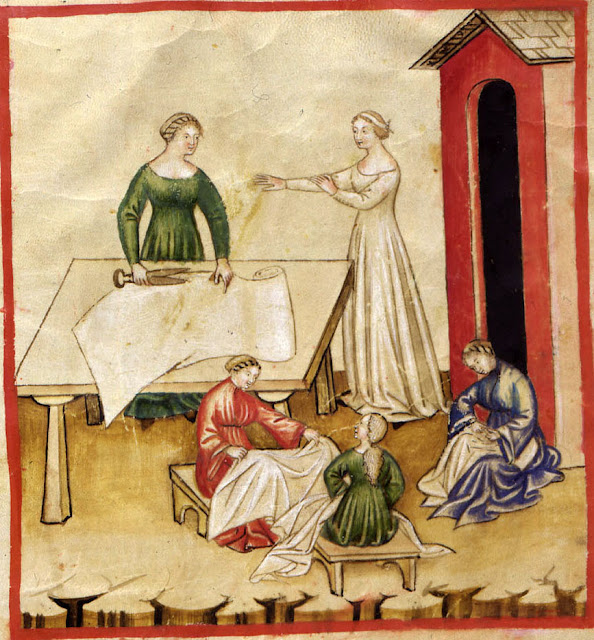 "Buying new cars is like taking $40,000 and setting it on fire... the easiest way to save money, hands down, is to drive a piece-of-crap car."

"A massive trove of documents, data, and recorded phone calls showing how British company Formations House works to hide money for the superrich is being reported on by journalists all over the world... "Formations House was the perfect example of a 'one-stop shop' for creating legal entities that serve as fronts for fraudulent operations and money laundering," said Burkhart. "In only a matter of days, a client could purchase offshore companies bundled into packages touting minimal compliance requirements, tax-free operations, and anonymity for directors and shareholders."

Where do campaign funds go when candidates drop out of a race?

"Police officer accused of fondling corpse apparently didn't realize that turning off his body cam wouldn't stop it from recording him."

"Electronics can be hazardous when disposed of improperly, and the Basel Action Network, or BAN, investigates the underground world of the e-waste trade. The nonprofit group secretly embeds trackers in discarded devices, then hands them to recyclers to see where they end up, exposing bad practices in the process... "

Video clips of the shootout on the public highway.

"For decades Victoria Falls, where southern Africa’s Zambezi river cascades down 100 metres into a gash in the earth, have drawn millions of holidaymakers to Zimbabwe and Zambia for their stunning views.  But the worst drought in a century has slowed the waterfalls to a trickle, fuelling fears that climate change could kill one of the region’s biggest tourist attractions."

How to clean moldy shower caulk.

"I spent 10 years “teaching” at one of the most notorious cash-grab colleges in the country. There, I saw profoundly underprepared students racking up far more debt than their “traditional” peers – debt they would default on at more than twice the rate of those peers, landing the costs of these wayward scholars directly on the shoulders of taxpayers." 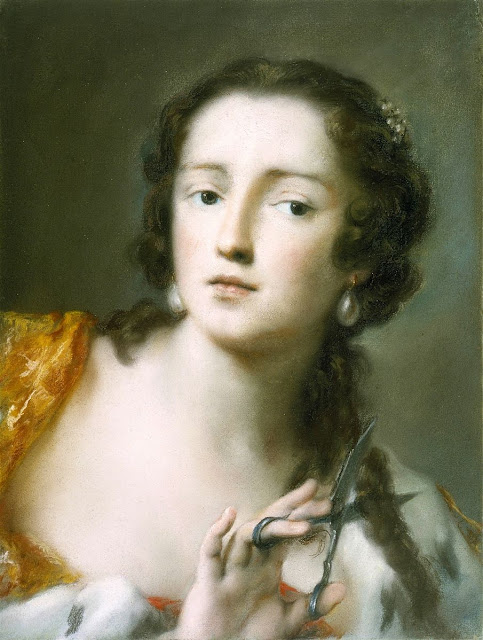 "We’d arrived at a “trespass grow,” one of hundreds in the state of California. If you bought weed on the black market recently, there’s a good chance it came from a grow like this one. There’s a good chance, then, that your joint was contributing to a spiraling environmental catastrophe."

A hot air balloon misadventure at a Vikings halftime show in 1969 carried a young boy far far away and into a river.

The deepest river in the world is the Congo - so deep that fish displaced from the bottom to the surface die of the bends.

"How Pro Sports Became Part of the U.S. Military’s War Machine... A set of corporate-military partnerships or, if you prefer, some version of President Dwight D. Eisenhower’s old military-industrial complex has enlisted sports to make militarism look good and normal and even cool. In other words, sports teams now have a powerful set of incentives to appear patriotic, which increasingly means slavishly pro-military."

Melatonin is the modern gin.  "Tens of thousands of children and young people in England are being given the hormone melatonin to help them sleep, prompting concern that the medicine is being handed out too readily with little evidence of its long-term effectiveness or safety."

Fox News (and CNN and MSNBC) are not "accredited news stations" (the term only applies to FCC-regulated over-the-air stations, not cable channels) 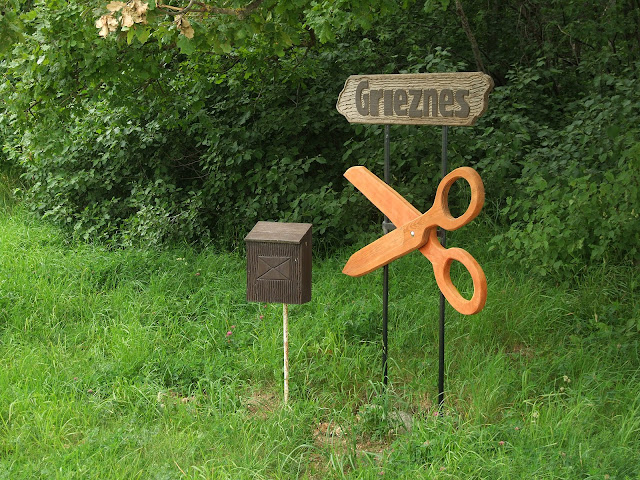 Americans are increasingly unable to do simple arithmetic.

Look what happens when you heat an old silver knife.  "Silver dinner knives are made with hollow handles because solid silver knives would be excessively heavy not to mention costly. Applying any type of heat to one of these dinner knives will result in the interior contents of the handle shifting/expanding/whatever. This is an extreme example, but it is not surprising. Related: Don't put your hollow handle sterling knives in the dishwasher."

How did humans boil water before they invented metal pottery?  Fire-cracked rock is only part of the answer...

"Adulting" summarized in a couple sentences.

"In the 18th century, two Scottish surgeons named John Aitken and James Jeffray devised a solution they could employ when faced with difficult childbirths. Rather than use a knife to widen the pelvic area by slicing through cartilage and bone to extricate a stuck baby, the two developed a chainsaw to make cutting easier." (photo at the link)

If you can't reliably tell the difference between the 1/2 cup and the 1/3 cup and the 1/4 cup measuring cups in your kitchen drawer, consider these.

California's giant sequoia trees are being killed by bark beetles.

The histology of dinosaur bones.  "Preserved soft tissue, down to the protein level, was inconceivable due to assumed decay over millions of years. Schweitzer’s samples are different in that they were so well preserved inside the bone that she could identify parts of proteins and different compounds.

GIFs of the Newfoundland snowmageddon.

The normal value for human body temperature may be decreasing.

An awesome presentation of the ocean pools along the coast of Australia's New South Wales. 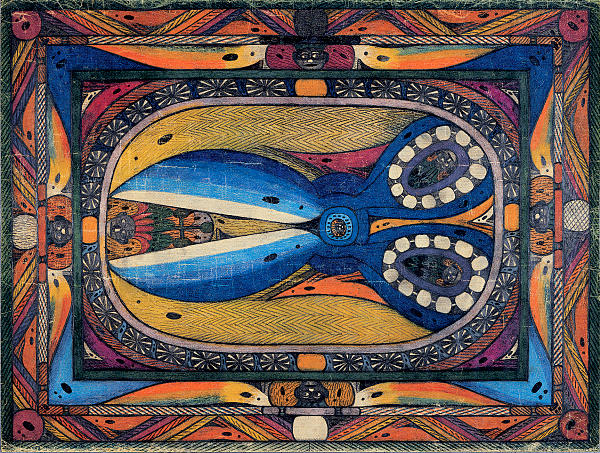