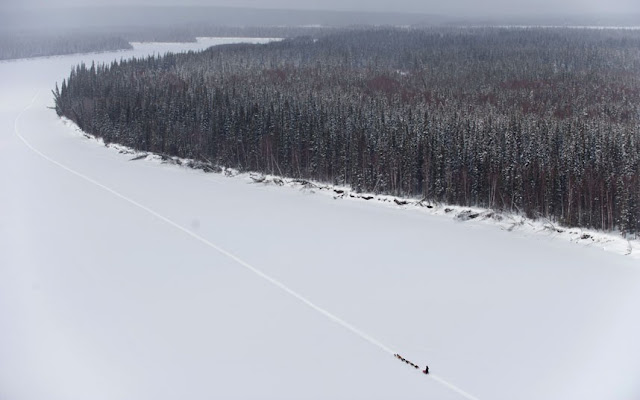 An awesome image showing the immensity and solitude of Alaska.

While we're on the subject, I'll mention the book shown at right - Winterdance: The Fine Madness of Running the Iditarod - which I read about fifteen years ago and thoroughly enjoyed. 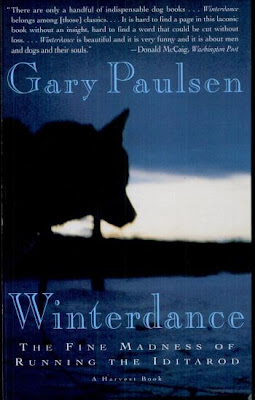 About the same time the book was published I was offered an opportunity by a friend to go winter camping by dogsled near the Boundary Waters Canoe Area in northern Minnesota.  It would have involved a couple days of preparation, then several days of dogsledding, sleeping in tents along the trail.  For reasons I can't remember now, I declined the offer.  I think of that missed chance at times like this week when reports of a "solar storm" sent me out into the midnight air for two nights, hoping to catch a glimpse of the northern lights (sadly, they weren't evident at our latitude).

Reposted from 2012 because I gave the book a final re-read this past week and once again thoroughly enjoyed it.  What I had remembered most from the first read was the often self-deprecating humor when the author describes his efforts to learn the art of dogsledding (including what his wife described as a "two-skunk night") and his comical start at Anchorage in his first race.

What I appreciated more on the second read were the aspects of the "quest," the bonding that occurs between the musher and his dogs, and the introspection that occurs when someone is virtually alone in the wilderness.

This is an easy read - a couple hours spread out over a couple evenings.