"This dog just appeared out of nowhere..." 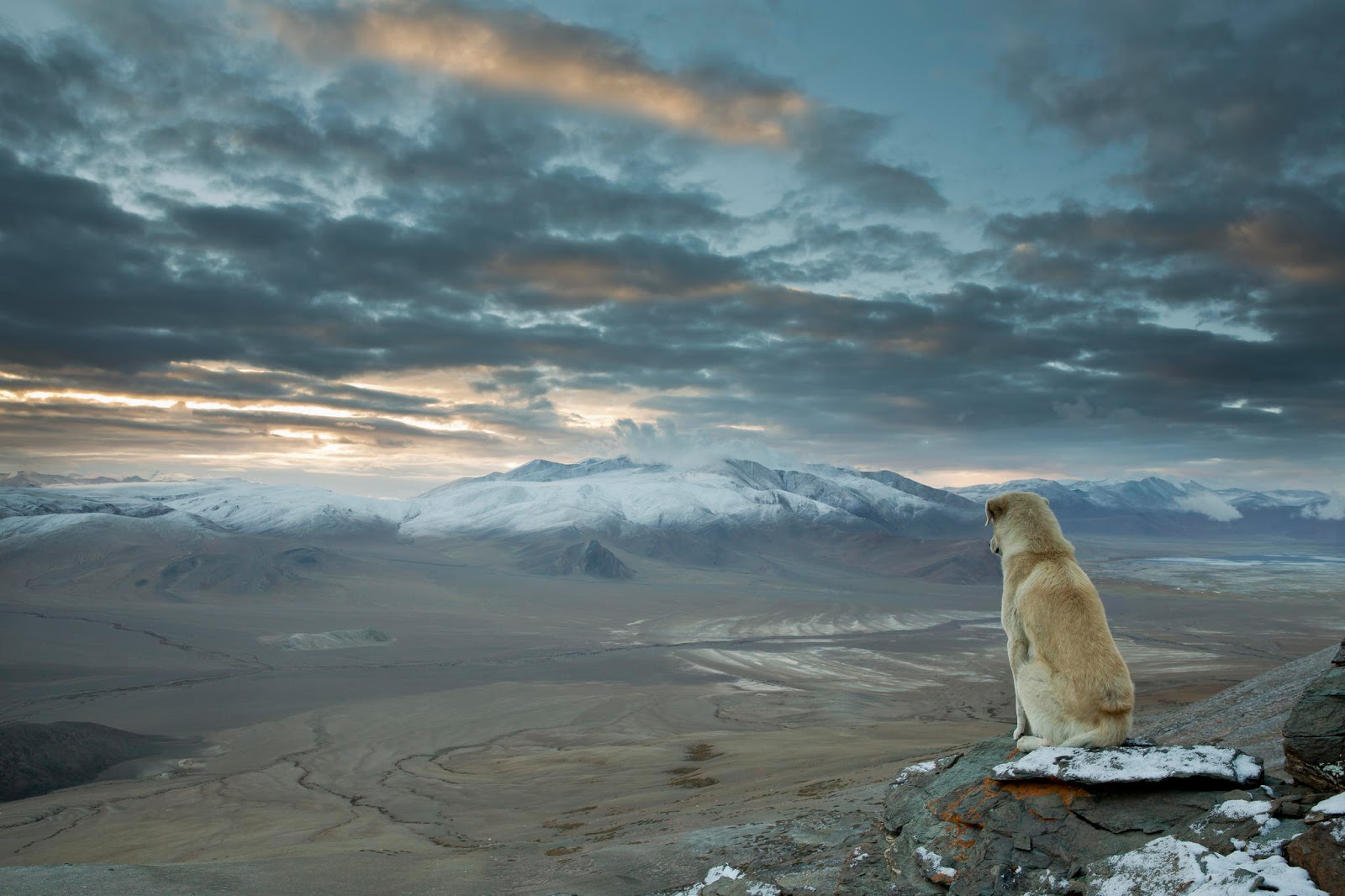 "This dog just appeared out of nowhere and followed us for an entire week during our trekking trip in the Himalayan outback . . . When I decided to get up at 4 a.m. to climb the next 5000 m peak for sunrise he accompanied me as well. On the top he was sitting for the entire 30 minutes on this place."


"Your spiritual journey of a lifetime. His average Tuesday."
"These people just appeared out of nowhere and followed me for an entire week."
"Maybe it wasnt a dog, but a spirit guide."
"We met the same dog trekking over the Korzok Range near Tso Moriri! The first night he slept under my tent's fly, then in my friend's vestibule. For a couple of days we didn't feed him, trying to encourage him to go 'home' - that was very hard because he was such a lovely dog. After we crossed a 5900+m pass we had no choice, and fed him well. He was a wonderful companion, but eventually abandoned us for a group of mountain bikers, who presumably had better food! I only have one picture of him, but it was taken at the top of a pass, the only time he was cold and sad."

p.s. - click the photo to embiggen to awesome wallpaper.