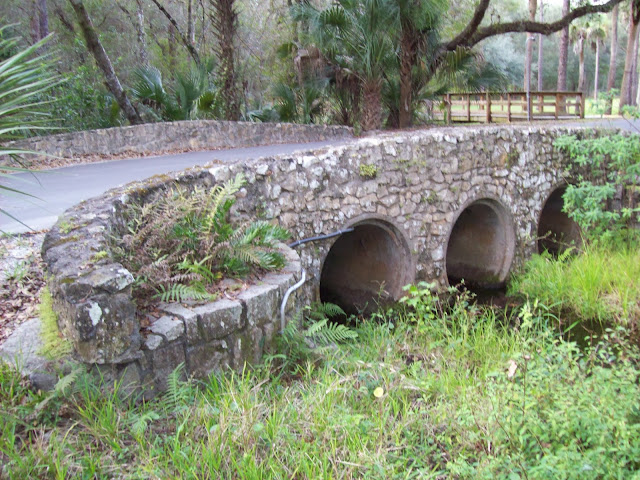 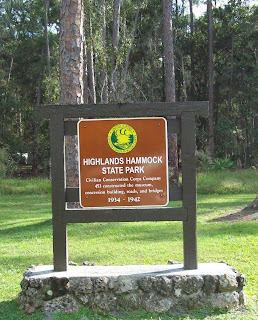 The fourteenth entry in our series on the stonework of the Civilian Conservation Corps (and the fifth to be "outsourced" to a reader of the blog), comes from Highlands Hammock State Park in Sebring, Florida, which was recently visited by reader Kay Shapiro, who posted these photos in her blog Soapbox by Kay.

The philosophy of the CCC and the economic realities of the Great Depression mandated that construction be done with locally-sourced materials, which obviously would have presented some difficulties for stonework in the state of Florida.  Kay notes that the stone in the structures she found was not as intrincially beautiful as that used for projects at Gooseberry Falls, Yellowstone, or Watkins Glen.

It's also likely that the young men assigned to the Florida camps would have had less experience working with stone than those in the Northeast or western states, and there may have been fewer professional stonemasons available to hire to supervise them.  As evidence of this I would point to the fireplace at the park's museum building: 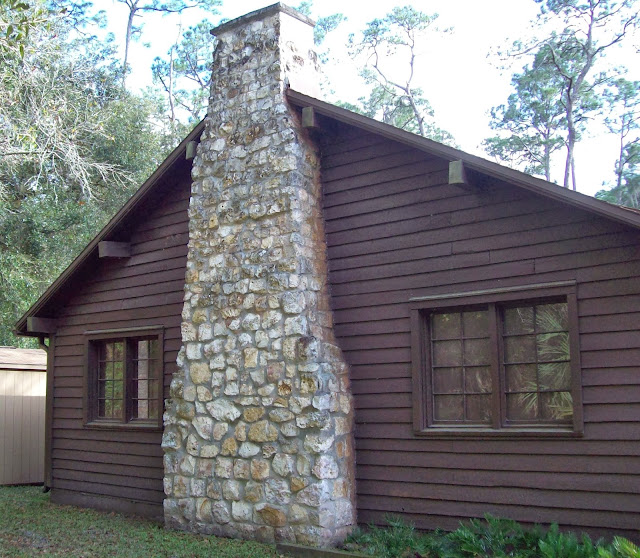 I use the distance between the stones as a rough index of the skill and experience of the stonemason - the finest in the world, in my view, being the dry stone walls of the Inca, as this one at Cuzco: 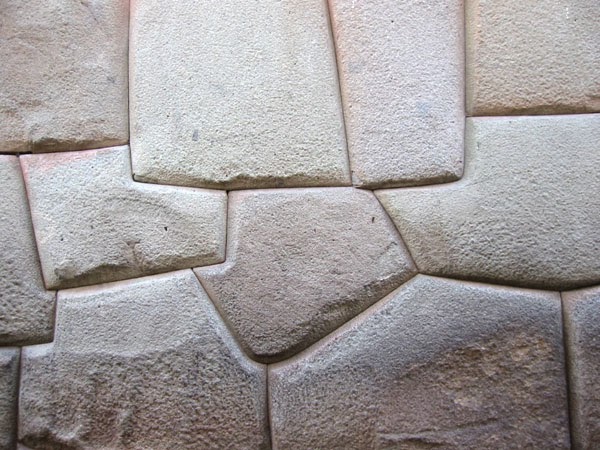 Here is Kay's photo of the fireplace as seen from the inside of the museum: 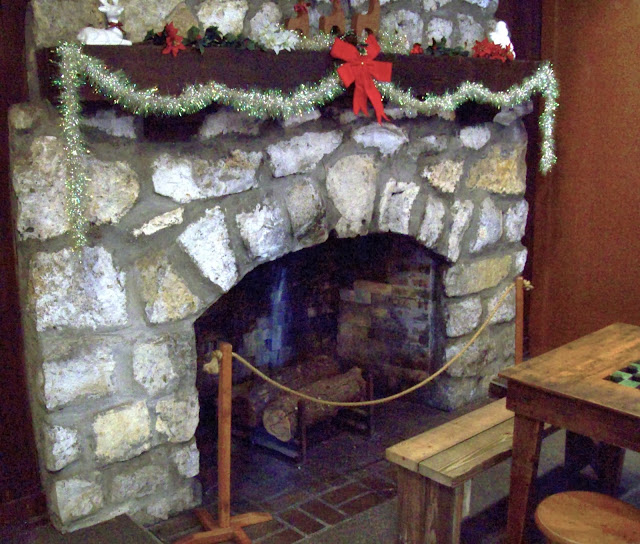 The comparison is of course unfair, since the Inca had slave labor and endless time and resources.  I would suspect also that the stone available in Florida at the time was probably of a sedimentary type that would have been more friable and thus less amenable to shaping before placement in a strucure compared to that used in Minnesota. 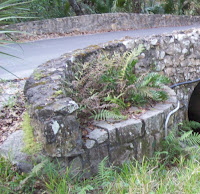 What I like about the stonework at Highlands Hammock State Park is exemplified by the  bridge in the top photo.  It's not merely a utilitarian structure.  It serves its function to traverse a waterway, but the builders also curved the walls out at the ends, then recurved the abutment (detail photo at right) to allow the placement of native plants - extra time, work, and scarce resources expended for a visually-pleasing esthetic effect.

At the park there is a statue commemorating the work of the men and boys of the Civilian Conservation Corps.  The bronze figure looks identical to the one at Gooseberry Falls State Park in Minnesota, but the text on the memorial plaque is a bit more poignant. 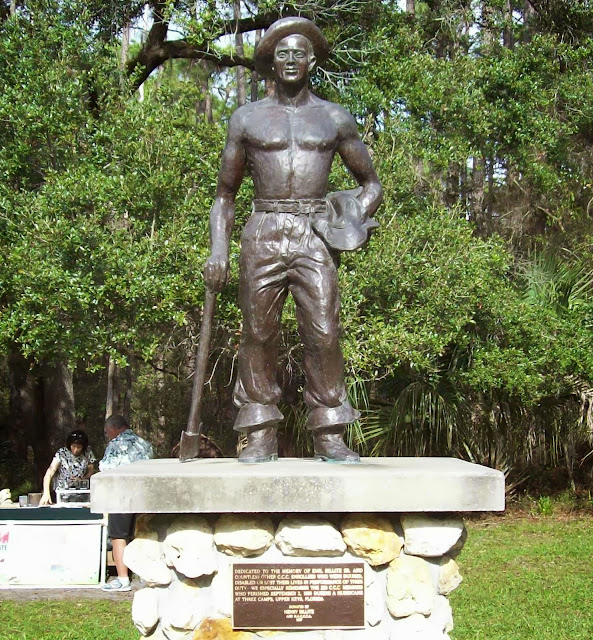 It is dedicated to the memory of Civilian Conservation Corps enrollees who were disabled or lost their lives in the performance of their work - noting in particular the ones who perished at three camps in the Upper Florida Keys when their workplaces were devastated by a hurricane.

Kay also photographed a map at the park showing the locations of CCC projects around the United States: 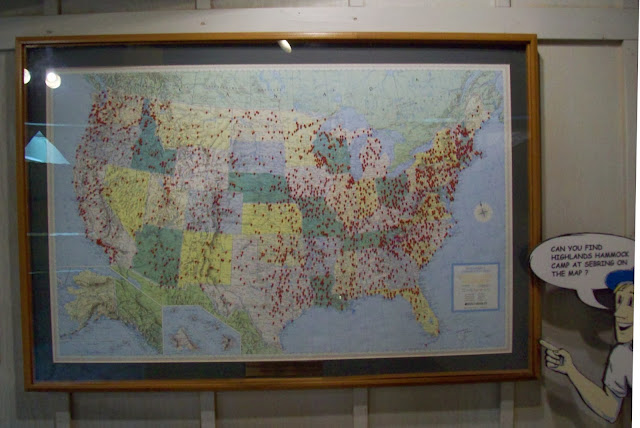 There's probably one near you.  When the temperature gets above freezing, consider going for a visit.  And take your camera.