The backstory behind the return of Sherlock 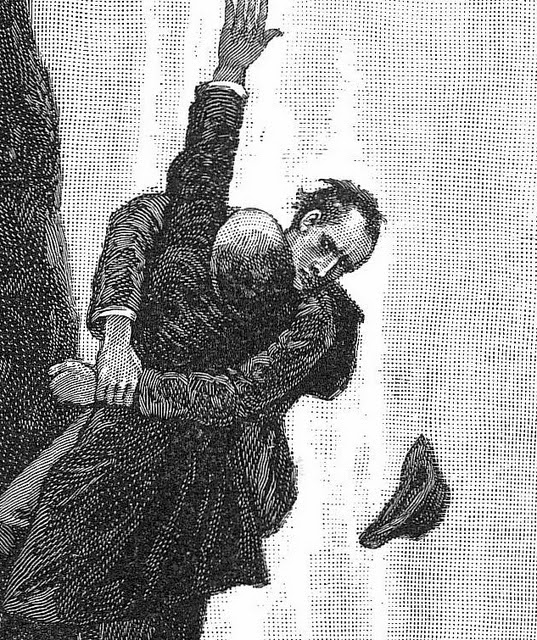 While America waits for next week's premier of the new season of "Sherlock," an article in the Public Domain Review provides some background for Conan Doyle's original story ("The Empty House"):


Recovering those subtexts through careful reading and a knowledge of what else was going on at the time can help to show Holmes and his creator in a new light.

‘The Empty House’ weaves together two narratives, a murder mystery and the story of Holmes’s return to London, three years after his apparent death in Switzerland in 1891. Reunited with his old friend and chronicler Dr Watson, Holmes recounts the story of his escape at the Reichenbach Falls followed by an extraordinary and exotic odyssey:


I travelled for two years in Tibet, therefore, and amused myself by visiting Lhassa, and spending some days with the head lama. You may have read of the remarkable explorations of a Norwegian named Sigerson, but I am sure that it never occurred to you that you were receiving news of your friend. I then passed through Persia, looked in at Mecca, and paid a short but interesting visit to the Khalifa at Khartoum the results of which I have communicated to the Foreign Office.

These three sentences contain a wealth of allusions to imperial exploration and conquest.

Much more at the link for those knowledgeable about, or interested in, Victorian England.

p.s. - here's a postulated explanation for how 'The Reichenbach Fall' death was faked in last years' television series finale.