Fake calamari made from pig rectums? 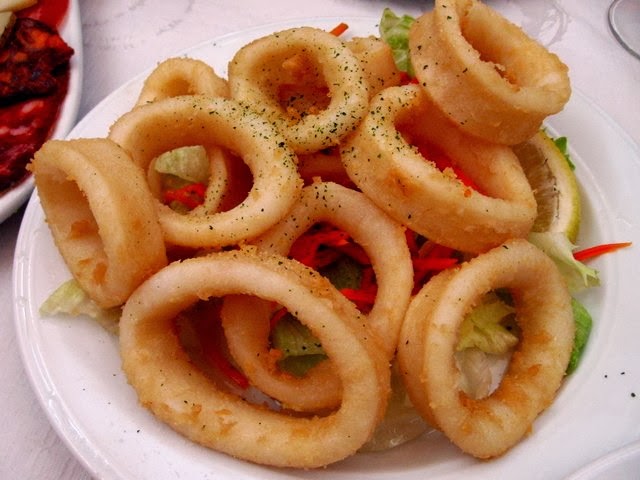 Probably an urban legend.  But it sounded plausible when I listed to last week's podcast of episode 484 ("Dopplegangers") of This American Life (transcript here).


The story started in the classic way, with an email from a stranger. Calhoun heard it from a fan of This American Life who wrote in to say that she had heard it from a guy who worked in pork production. When Calhoun followed up, the farmer told him that he'd learned about faux mollusk from a guy he knows who manages a meat-processing plant. That manager, for his part, told Calhoun that he was 95 percent sure the claim was true, though he admitted that he'd never seen the fakes himself—he only knew of them from the people that he worked for at the plant. And while no one at the plant had ever seen a rectum packaged as a squid, employees there confirmed that they had heard the story, too.

There were no eyewitnesses at all, in fact, and all the other evidence was circumstantial: A recent activist report found signs of modest seafood fraud—one kind of fish mislabeled as another—and a taste test showed that switching rectums for calamari might indeed go undetected. Calhoun did not try to hide the weakness of his case: "Just to repeat one last time," he said at the close of his radio script, "I have no proof that anyone, anywhere, has ever tried to pass off pork bung as calamari in a restaurant … "

If you want something to get upset about, turn your attention instead to real seafood fraud.