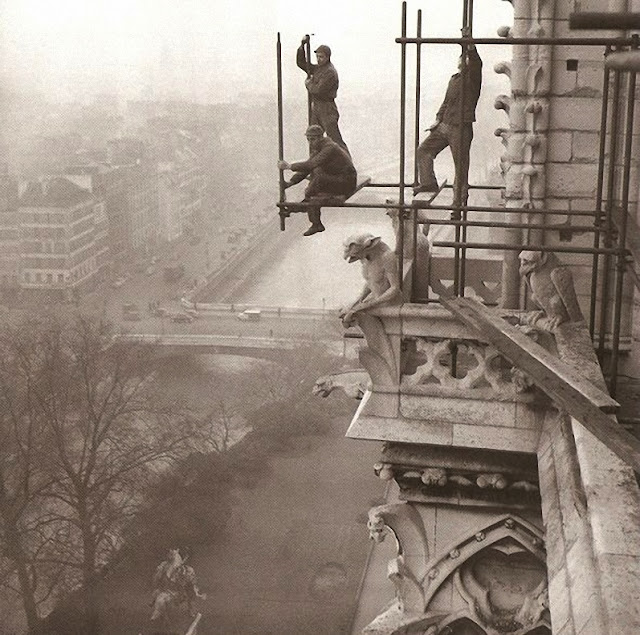 
Born in a distinguished Paris family, he belonged together with his elder brother Ernest Roger among the age’s most prominent and prolific inventors... But photography was also among his many passions. Experimenting from the 1890s, he invented a number of procedures of trick photography, and until his death he tirelessly documented the life of Paris...

From a gallery of several dozen of his photos assembled at Poemas del rio Wang, from which I can't resist including this famous photo of a braking misadventure at Gare Montparnasse (1895): 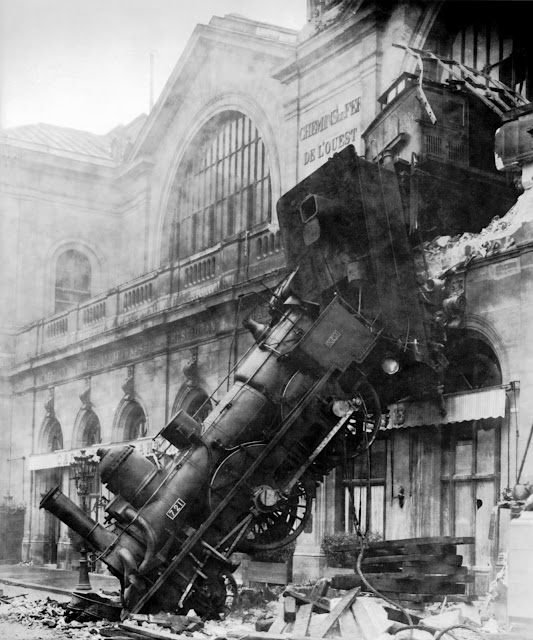