The Citadel of Herat 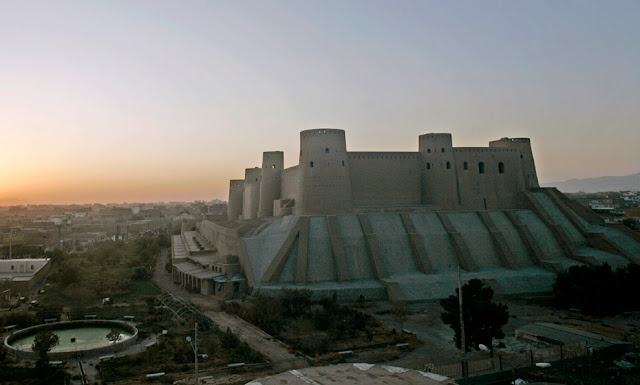 The Qala Iktyaruddin Citadel in Herat that dates back to Alexander the Great has been restored, a bright sign of progress in a country destroyed by war. The citadel and a new museum was completed by hundreds of local craftsmen with funding and support from the U.S. and German governments and the Aga Khan Trust for Culture. (Houshang Hashimi/AP)

The Citadel of Herat, also known as the Citadel of Alexander, and locally known as Qala Iktyaruddin, is located in the center of Herat in Afghanistan. It dates back to 330 BC, when Alexander the Great and his army arrived to what is now Afghanistan after the Battle of Gaugamela. Many empires have used it as a headquarters in the last 2,000 years, and was destroyed and rebuilt many times over the centuries.

This historic citadel was saved from demolition in the 1950s, and was excavated and restored by UNESCO between 1976 and 1979. From decades of wars and neglect, the citadel began to crumble but in recent years several international organizations decided to completely rebuild it.

This is a remarkably impressive structure  now; I can't imagine how overwhelming it must have been several millennia ago.  While reading about it at Wikipedia, I notice this print of the citadel as it looked in 1879: 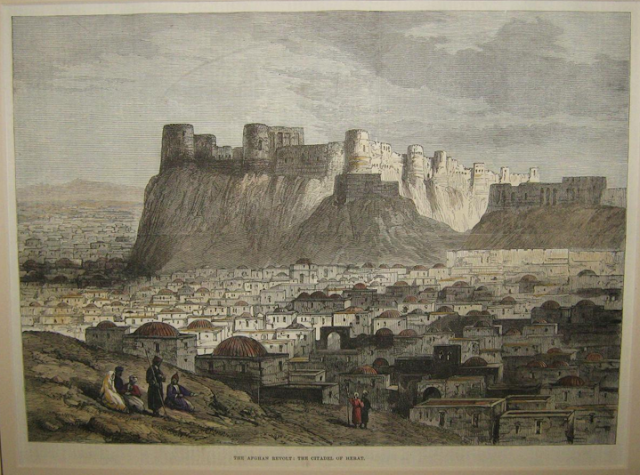 I wondered if the today's concrete inclines below the walls were a modern innovation to prevent erosion, but decided that similar structures may have been part of the original design to make access more difficult (I don't know).

Top photo found in a gallery of 37 photos of Afghanistan at The Big Picture; my eye was also drawn to this picture of a charming little girl - 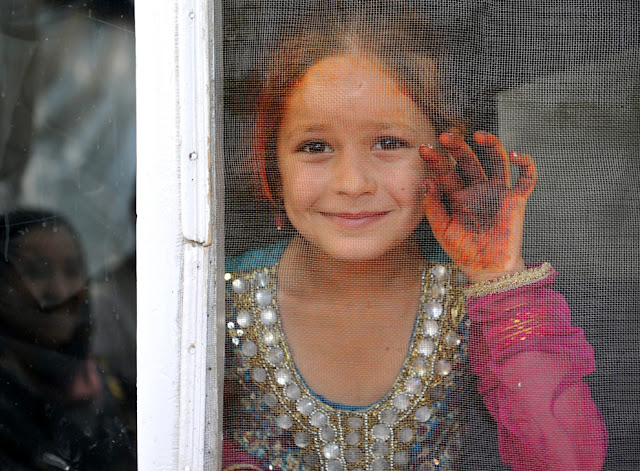 An Afghan girl looks out from a house in Kabul on October 16, 2011. (Adek Berry/AFP/Getty Images)

- with what appears to be henna on her hands.