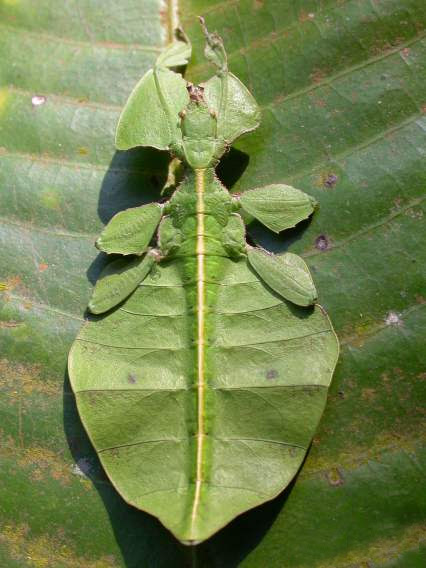 Nice camo, which resulted in a misunderstanding by a member of Magellan's crew:


In this island are also found certain trees, the leaves of which, when they fall, are animated, and walk. They are like the leaves of the mulberry tree, but not so long; they have the leaf stalk short and pointed, and near the leaf stalk they have on each side two feet. If they are touched they escape, but if crushed they do not give out blood. I kept one for nine days in a box. When I opened it the leaf went round the box. I believe they live upon air.

Text and image from Wikipedia, via A London Salmagundi.