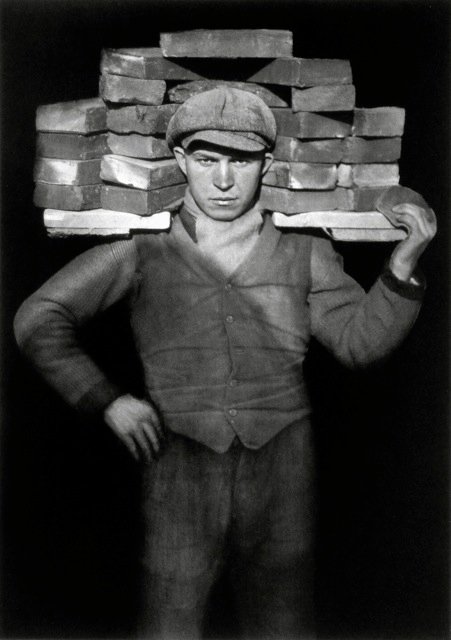 I thought the wooden collar he uses on his shoulders to transport the bricks was called a "hod," but apparently that term is used for a different device: 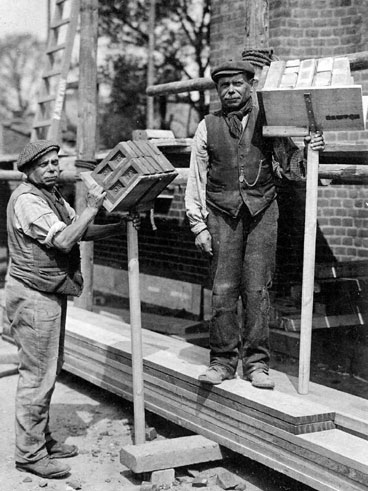 A brick hod is a three-sided box for carrying bricks or other construction materials, often mortar. It bears a long handle and is carried over the shoulder. A hod is usually long enough to accept 4 bricks on their side, however, by arranging the bricks in a chevron fashion, the number of bricks that may be carried is only limited to the weight the labourer can bear and the unwieldiness of that load. Typically 10-12 bricks might be carried.

I suppose his collar device has/had a name as well.

The top image is from a gallery of photos of Germans by August Sander, posted at Fantomatik.

Addendum:  Skipweasel noted that the brickworker's shoulder support is very similar to a milkmaid's "yoke": 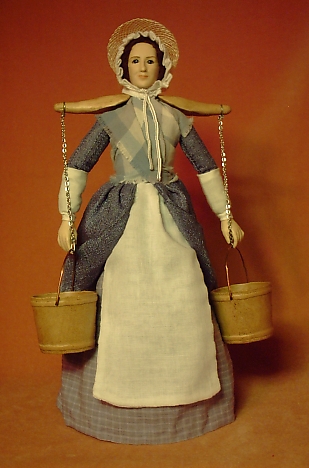