The origin of the word "g-string" 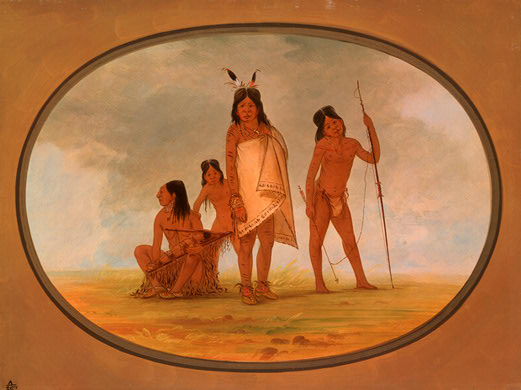 In a 1991 NYT column about a Supreme Court decision on free speech and striptease joints, William Safire discusssed the history of the words "pastie" and "g-string."


The origin is in the American frontier. The geestring was a loincloth, or the string or thong supporting a piece of cloth enclosing the genitals, worn by American Indians and some settlers unconcerned with conventions of dress. In "Western Wilds, and the Men Who Redeem Them," John H. Beadle wrote in 1877: "Around each boy's waist is the tight 'geestring,' from which a single strip of cloth runs between the limbs from front to back." Fourteen years later, Harper's Magazine may have confused the loincloth's name with the musical term: "Some of the boys wore only 'G-strings' (as, for some reason, the breech-clout is commonly called on the prairie)."