A proposed function for dinosaur osteoderm 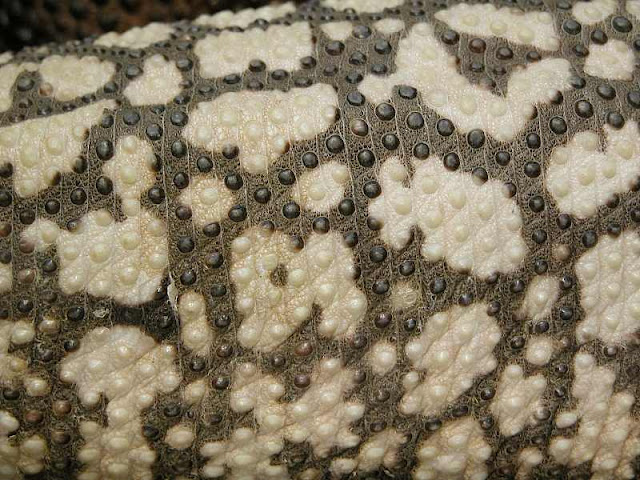 I had never heard the term osteoderm until this morning.


Osteoderms are bony deposits forming scales, plates or other structures in the dermal layers of the skin. Osteoderms are found in many groups of extant and extinct reptiles, including lizards, various groups of dinosaurs...

The image above (credit Fritz Geller-Grimm), shows osteoderm on the skin of a Gila monster.  What interested me was a report in the StarTribune about dinosaur osteoderms:


At the site in Madagascar, which was once a river, she and her colleagues found lots of osteoderms... she found that the adult osteoderm was hollow, while those from the younger skeletons were not. 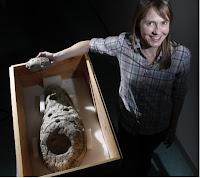 She had her answer. The dinosaurs used them over their lifetimes in much the way camels use their humps -- for long-term storage of minerals, she said. During times of drought or starvation, the dinosaurs could not live if they had to drain minerals from their arm and leg bones, she said.

"They weighed tens of tons," she said. "No way could they pull minerals from their limbs and still be able to walk. They would fracture their bones."

An osteoderm would obviously provide a non-weight-bearing site for calcium storage, but it's not clear to me if calcium could be selectively mobilized from one site while sparing others.  But apparently crocodiles use their osteoderms for thermoregulation, so possibly dinosaurs could redirect blood flow to the osteoderms in times of mineral deficiency.  Interesting theory.