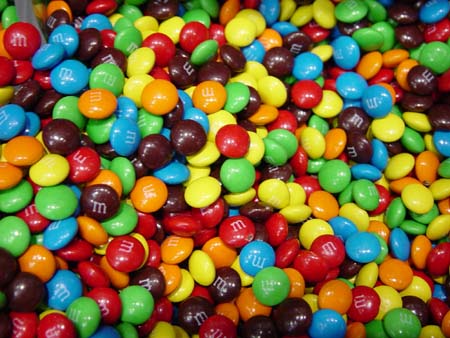 I heard the story years ago -


In case you weren’t around during the 80s, the rock supergroup Van Halen had a clause in their concert contracts that stipulated that the band would “be provided with one large bowl of M&M candies, with all brown candies removed.”

- and like everyone else, I assumed it was a whimsical request reflective of celebrity hubris.  It wasn't until yesterday that I read about the reason for the request:


Here’s the thing, though: the band put the “no brown M&Ms” clause in their contracts for a very good reason.

Van Halen was one of the first rock bands to bring truly massive concerts to mid-size cities like Macon, Georgia. The staff that worked at concert arenas in these smallish cities were used to bands coming to town with, at most, three tractor-trailers full of equipment. Van Halen’s equipment took up 9 tractor-trailers. It was a lot of stuff, and the staff at these venues were frequently overwhelmed. And when people are overwhelmed, they make mistakes... mistakes can cause stage lights to fall from the ceiling and kill people… which is exactly what the band was afraid of.

At the heart of any major concert is the contract. Much of the text of these contracts is standard legal boilerplate, but each band may attach specific demands via something called a “rider”. Most of the contracts involving concerts at large venues are jam-packed with riders, most of which involve technical details specific to the band’s stage design. For instance, a rider might say “Article 148: There will be fifteen amperage voltage sockets at twenty-foot spaces, spaced evenly, providing nineteen amperes total, on beams suspended from the ceiling of the venue, which shall be able to support a total gross weight of 5,600 pounds each, and be suspended no less than 30 feet, but no more than 37.5 feet, above the stage surface”. Van Halen’s concert contracts would have several hundred such demands, and their contracts ended up (in lead singer David Lee Roth’s words) looking “like a Chinese Yellow Pages”.

The staff at venues in large cities were used to technically-complex shows like Van Halen’s. The band played in venues like New York’s Madison Square Garden or Atlanta’s The Omni without incident. But the band kept noticing errors (sometimes significant errors) in the stage setup in smaller cities. The band needed a way to know that their contract had been read fully. And this is where the “no brown M&Ms” came in. The band put a clause smack dab in the middle of the technical jargon of other riders: “Article 126: There will be no brown M&M’s in the backstage area, upon pain of forfeiture of the show, with full compensation”. That way, the band could simply enter the arena and look for a bowl of M&amp;Ms in the backstage area. No brown M&Ms? Someone read the contract fully, so there were probably no major mistakes with the equipment. A bowl of M&Ms with the brown candies? No bowl of M&Ms at all? Stop everyone and check every single thing, because someone didn’t bother to read the contract.

I owe David Lee Roth an apology.  Further history and details at jimcofer.