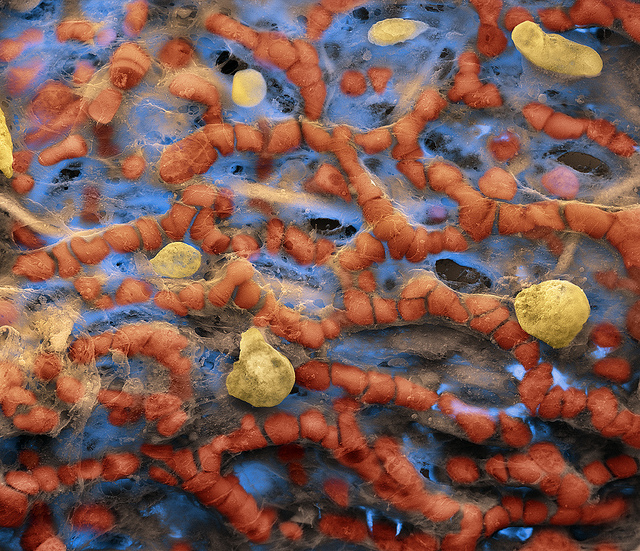 This image by Oliver Meckes was awarded the Second Place prize in the 2011 FEI-sponsored contest for best electron microscopic photography.  I've elected to embed this one rather than the winning image, because this one depicts the absolutely jaw-dropping complexity and intricacy of the air-blood interface in mammalian lungs.  The exact configuration would depend on the relative intravascular and intrapulmonary pressures at the time the image was taken, but to those familiar with the general biology of the lungs, this image shows the unimaginable thinness of the alveolar-capillary membrane (and the critical importance the erythrocyte deformability).  (The yellow blobs are presumably alveolar macrophages patrolling the alveolus to remove microorganisms and particulate matter).