The U.S. recession and birth rates 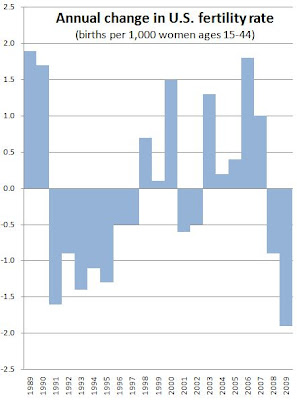 Two graphs I found at Sociological Images.  The top one shows that the fertility rate for U.S. women has fallen during the current recession (this shows correlation, not causality). 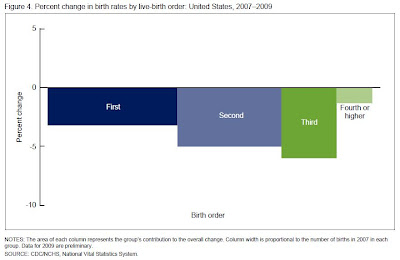 This second graph shows that the decline is most prominent among women who have had two children (choosing not to have a third one).  There has been very little change among women having their fourth or subsequent child.  (I just checked - the Duggars had their 19th child in December of 2009.

A third graph at the link suggests a general pattern of greatest fall in fertility in those states with the greatest unemployment increases.