Packing a wound with peppercorns 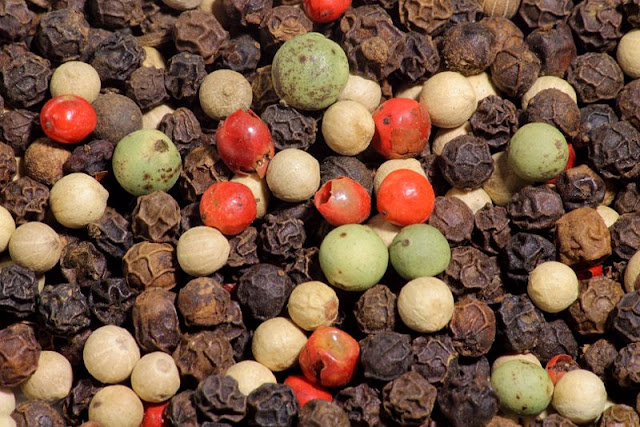 Sounds like a medieval torture, but it apparently has been conventional folk medicine practice for centuries, including at the first Indianapolis 500 race, as reported in the June issue of the Smithsonian magazine:


Taken to a local hospital, the men involved in the incident at mile 240 were found to have serious but not life-threatening injuries... After being carried to the enclosure, Greiner had likely received the standard Speedway hospital treatment: his wounds packed with black peppercorns to deter infection and bandaged with bed linen donated by local citizens. He had probably been given a few stiff belts of rye whiskey as well; he seemed serene and reflective...

A quick search revealed a reference to pepper in wounds in volume 42 of The Sacred Books of the East:


Black peppercorns were found stuffed in the nostrils of Ramesses II, placed there as part of the mummification rituals shortly after his death in 1213 BCE...

And a final footnote:


It is commonly believed that during the Middle Ages, pepper was used to conceal the taste of partially rotten meat. There is no evidence to support this claim, and historians view it as highly unlikely: in the Middle Ages, pepper was a luxury item, affordable only to the wealthy, who certainly had unspoiled meat available as well. In addition, people of the time certainly knew that eating spoiled food would make them sick.