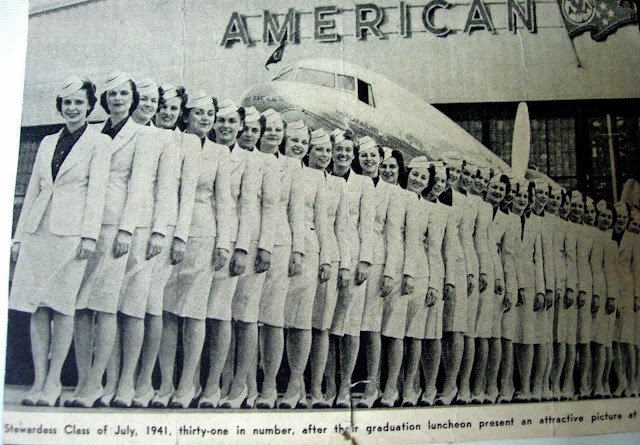 I was recently helping my mom sort through some old memorabilia.  After completing nursing school she saw an announcement that American Airlines wanted registered nurses (of a certain height and weight, of course) to be their stewardesses.  In 1941 she was a member of their graduating class (fifth from the left in the photo above).

Her assigned route was Chicago-to-New-York and back in a DC-3.  In those days the stewardesses were treated "like royalty," being housed at the Palmer House in Chicago and I think the Plaza in New York.  Limousines transported them between their hotels and the airport.

Non-stop flights were well in the future.  Chicago-to-New York meant a first leg from Chicago to Fort Wayne, Indiana, followed by stops in Ohio and Pennsylvania.  Stewardesses had time to actually cook dinner for the 21 passengers, who had time to read entire books.  The pilot communicated with the passengers using this form: 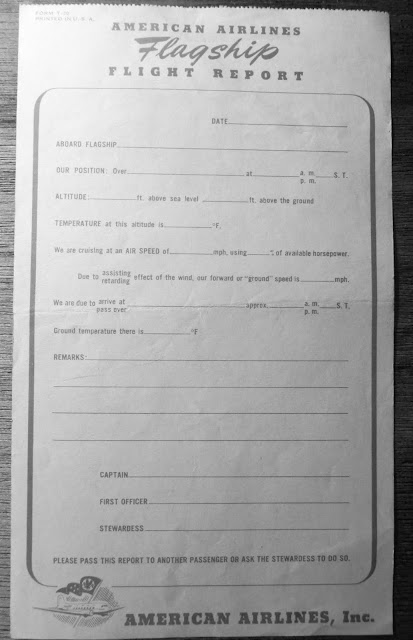 He would fill in the data (so they would know when to look down to see notable sights), call the stewardess forward and hand it to her.  She would give it to the forwardmost passenger, and then as the form says "Please pass this report to another passenger or ask the stewardess to do so."

My mom saved a couple of these - notably this one - 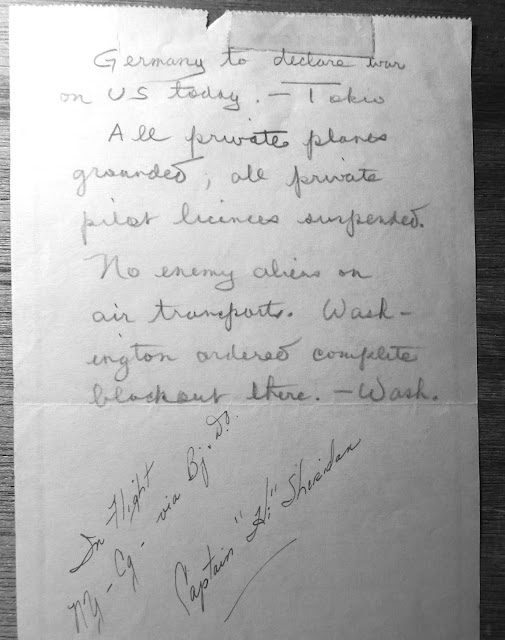 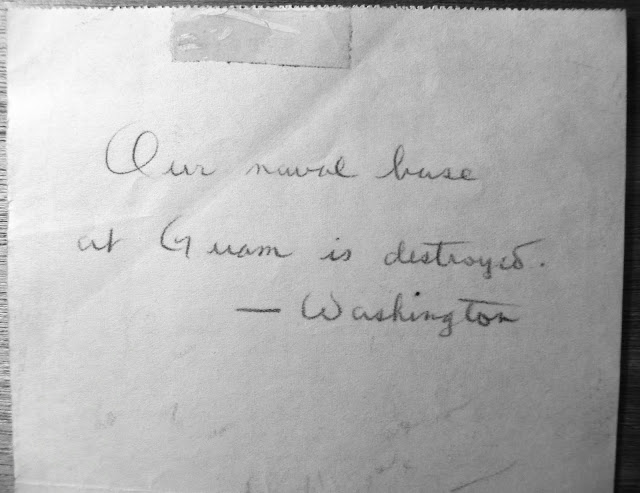 One supposes that there must have been a buzz of conversation as the notes were passed back row-by-row through the plane, and that these pencilled notes from the pilot must have had a 9/11-type impact on airline passengers of that era.