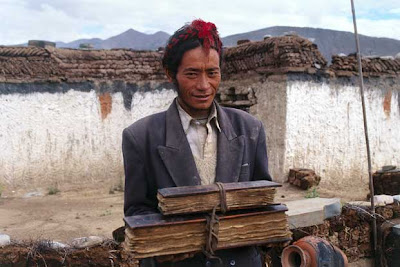 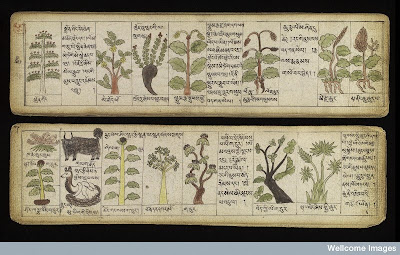 In the post below this one I've embedded photos from the Wellcome Image Awards. I selected those for beauty and scientific value, but the top photo here is to my mind even more awe-inspiring. Here's the caption:

Below the portrait is a photo also from Wellcome, who note that later commentaries to the 12th-century text contain illustrations such as this one that depict the body of medical knowledge – materia medica – of plants and animals used in the production of Tibetan medicine.

Click to enlarge the lower photo, and imagine holding in your hands an 800-year-old medical text or an herbal filled with such illustrations. The thought just staggers me.