The earliest portrayal of a watch in a painting 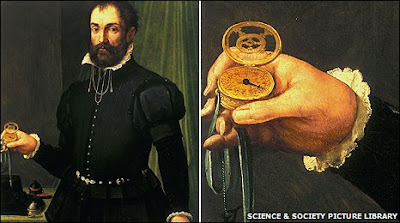 The portrait above is thought to be that of Cosimo I de Medici, Duke of Florence (the Medici coat of arms was on the back of the canvas).

The first watches appeared shortly after 1500 in Germany and horologists believe the picture, painted by renaissance master Maso da San Friano around 1560, "may well be the oldest to show a true watch".

Science Museum curator Rob Skitmore said the watch was thought to be from southern Germany.

"As Cosimo was a great patron of science and technology, it is entirely likely he would have owned a watch of this kind which he displays here with pride," he said.

Update: Tracy has found an even earlier portrayal of a watch, in a painting by Cranach the Elder from 1532 (detail below, with the watch dangling over the rich man's head). 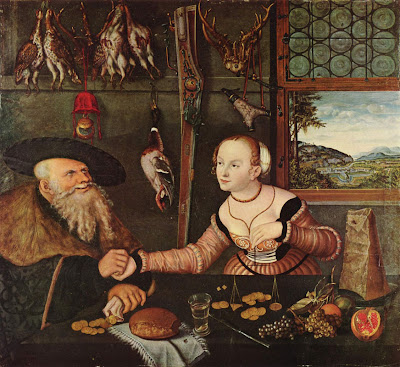