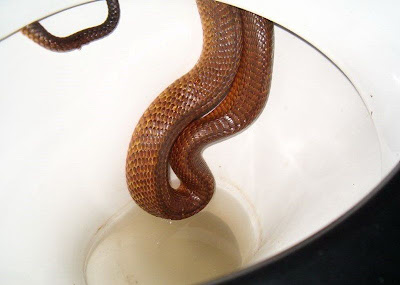 I believe this was photographed in India. The second of the four photos in the set shows a cobra's head coiled just below the seat.

Found at Reddit (where all the Samuel Jackson snakes-on-a-plane jokes have already been expressed).

The fourth photo shows how the situation was resolved... 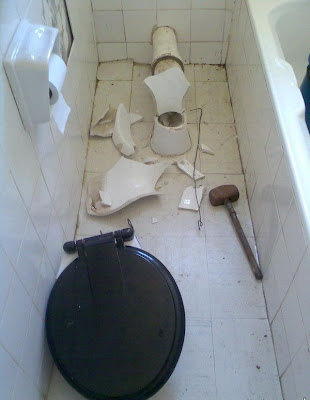