Was the Gospel of Judas mistranslated? 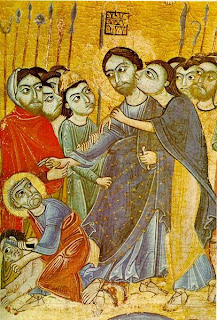 "Does the Gospel of Judas portray the archetypal villain as the one disciple who "got the message" and turned Jesus over to the authorities because that's the way He wanted it -- or does it say that He was betrayed by His false friend as a sacrifice to "a demon god named Saklas"?

…That's when she came across what she considered a major, almost unbelievable error. It had to do with the translation of the word "daimon," which Jesus uses to address Judas. The National Geographic team translates this as "spirit," an unusual choice and inconsistent with translations of other early Christian texts, where it is usually rendered as "demon." In this passage, however, Jesus' calling Judas a demon would completely alter the meaning. "O 13th spirit, why do you try so hard?" becomes "O 13th demon, why do you try so hard?" A gentle inquiry turns into a vicious rebuke.

Then there's the number 13. The Gospel of Judas is thought to have been written by a sect of Gnostics known as Sethians, for whom the number 13 would indicate a realm ruled by the demon Ialdabaoth…"

Text above from Scribal Terror. Those unfamiliar with the subject matter should start with this Wikipedia entry on the Gospel of Judas.