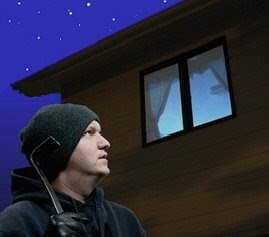 "FakeTV accurately simulates the light output of a real television. The effect of scene changes, fades, swells, flicks, on-screen motion, and color changes look just they came from a real TV. From outside the house, it looks just like someone is watching a real television. The potential burglar thinks the home must be occupied, so he moves on to an easier target..."

"Just like a real TV, FakeTV fills a room with color changes, both subtle and dramatic, in thousands of possible shades. Like real television programming, FakeTV is constantly shifting among more and less dynamic periods, more vivid and more monochromatic, and brighter and darker scenes. FakeTV is completely unpredictable, and it never repeats..."