The first color photographs of England 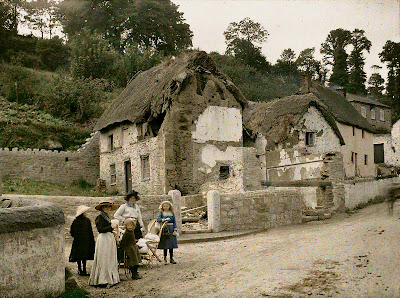 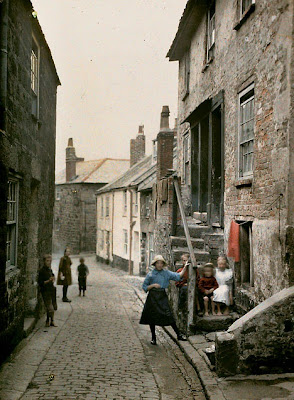 Anyone who has watched "Masterpiece Theater" or BBC programming has "seen" Edwardian and Victorian (and for that matter, Celtic) England in color/colour. But the Daily Mail has assembled a selection from the famous Alfred Kahn collection that is worth peeking at. The colors are somewhat muted by today's standards, probably reflecting the intrinsic properties of the autochrome process rather than any blandness of England per se.

What always amazes me about early photographs - not just of England, but of the U.S. and Germany and elsewhere - is the emptiness of streets. Granting that some photos are taken on Sunday mornings to intentionally avoid traffic, it's still striking to see the Autobahn, or American highways, or the streets of London virtually vacant. It's a reminder of the startling degree to which vehicles have taken center stage in our lives.