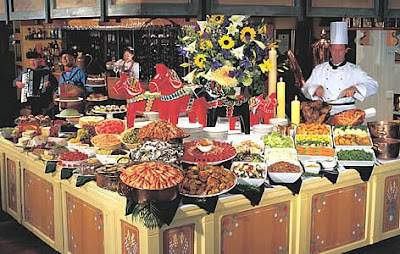 We're having temperatures above freezing now, so by the end of the week it may be possible to see the ground.  I'd better hurry up and post this collection of 38 snowmen, most inspired by Calvin and Hobbes, and one of which was from our yard!

PingWire posts a continuous stream of (boring) photos as they are posted live at Twitter.

A domestic case of anthrax traced to animal hides used for drums.

Dung beetles have a remarkable ability to see in the dark.  This technology may be adaptable to automobiles, in a collaborative project with... Toyota.

A mother sends pix of a child in a swimming pool with "part of her buttocks exposed" to a soldier in Afghanistan.  He is charged with possessing child pornography.

As time passes, more and more people are reporting complications from Lasix surgery.

"Poop dermatitis" is caused not by the poop per se but by the residuum of harsh cleaning agents applied to toilet seats.

Roger Ebert lists his "best films of the decade."  I just watched his #1 choice and thought it was awful. Several of the others are excellent, however.

Rouxbe has an online compilation of "how to cook" videos.  Basic information (how to heat a frying pan) - VERY well done.  More here at their YouTube channel.

A recommendation to save your nickels because when inflation cranks up, people will be melting them down for bullion value, as happened with our silver coins.

A paean to Sir David Attenborough, in which he is described as "the Carl Sagan of nature."

The sport of curling succinctly explained.

In this child's note (?real), the key words are "Dr. Pepper" and "Coke" but for those with salacious minds that won't be your first impression.

Employees of the DMV in NYC made a million dollars creating fake IDs for convicted felons, sex offenders, and other malefactors.

The Canadian women's hockey team were photographed with beer and cigars after their victory.  Here's a lighthearted discussion thread.