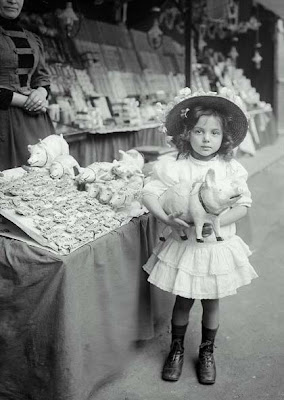 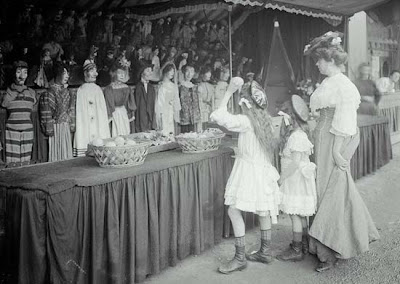 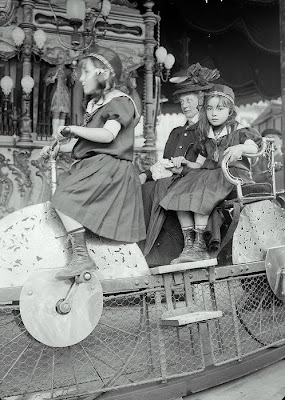 From a wonderful photoessay about Luna Park.  This was the Parisian one, not the one at Coney Island.


The Luna Park of Paris stood at the Maillot Gate. Its main attractions included the Niagara Falls, the so-called Russian (or American) mountains, the diabolic wheel, the Enchanted Palace. They were all faithfully copied also in the World Expo of Roubaix in 1911 whose photo documentation was left to us. In 1914 a great dance hall opened here as well under the direction of Duque from Brasil. Duque, a dentist had come to Paris as a traveling agent of medicine, but there he discovered that exotic dances were selling much better. This is how he started to teach “the true Brasilian tango” or „maxixe” which became the most popular dance of pre-war Paris.

Much more at the link.  What intrigues me is that little girls of the era wore such huge boots for everyday (or perhaps for dress-up).  One supposes they were considered sensible and fashionable.