Images from the dawn of radiology 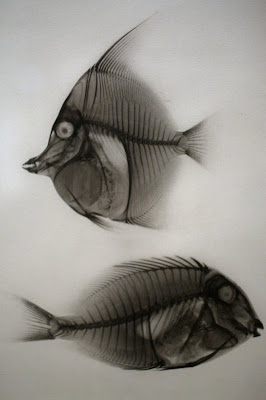 An exhibit at San Francisco’s Museum of Modern Art - Brought to Light: Photography and the Invisible, 1840-1900 - looked at the influences of emerging technologies on scientists and artists.  One of the technologies presented wass the x-ray:


To the common people at the time, this was (and probably should remain) astonishing. Within three months, Keller said, DIY X-ray kits were available on the market. The rich and famous had their hands X-rayed, their skeletons draped in rings. Photographers, who had access to most of the tools needed to make the images, began to train this new form of light on just about anything that might be beautiful.

Photo from Wired, which has some other beautiful examples from the exhibition.