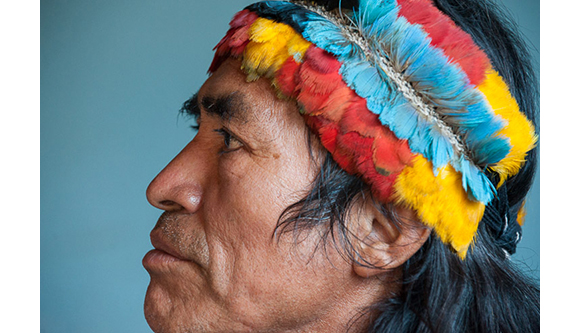 What rights do native people have in the control and/or harvesting/exploitation of them?  Here are some excerpts from a Salon article about a drama currently playing out in Ecuador.


“We have been coming to these sacred cascades since before the time of Christ,” said Ankuash, preparing a palm-leaf spread of melon and mango. “The government has given away land that is not theirs to give, and we have a duty to protect it. Where there is industrial mining, the rivers die and we lose our way of life. They want us to give up our traditions, work in the mines, and let them pollute our land. But we will give our lives to defend the land, because the end is the same for us either way.”..

To help him grab these shiny metals, [Ecuadorean president Rafael] Correa has invited foreign mining firms to deforest and drill much of the country’s remaining pristine forests. Not far from where Ankuash and I are sitting, a Chinese joint venture led by the China Railway Corp. is building infrastructure for an open-sky copper mine with the “Lord of the Rings”-sounding name of Mirador. To the north and east of the Chinese concession, the Canadian gold giant Kinross is prepping its 39 lots, including the envy of the industry, Fruta del Norte, believed to be Latin America’s largest deposit of high-grade gold. These projects are merely the first wave; others wait in the wings. Together they threaten more than the Shuar way of life and the sustainable agricultural and tourist economies of Ecuador’s southern provinces. The Condor is a hot spot of singular ecological wealth and a major source of water for the wider Amazon watershed to the east. What happens there is of global consequence...

“Unleashing industrial-scale mining in the region is a catastrophe equal to using the Galapagos Islands as a bombing range,” said the biologist. “Its flora has enormous potential to benefit man. So much of it, we’ve only seen from helicopters. Before we even know what’s there, they’re going to destroy it.”..

The Canadian firm announced it would build an open-pit copper mine dwarfing anything in Ecuador’s history. The mine required hollowing out one of the region’s largest mountains and clear-cutting several others. A massive tailing pond would hold the 200-plus million tons of toxic effluvia generated over the mine’s 18-year lifespan. The site designated for the waste sits half a mile from the Rio Quimi, a tributary of the Rio Zamora, whose waters support the local agricultural economy on their way into the Amazon basin. Roads and bridges are being built for 18-wheel truck traffic to carry hundreds of tons of copper concentrate on a daily nonstop loop between the mine and a port on Ecuador’s Pacific coast...