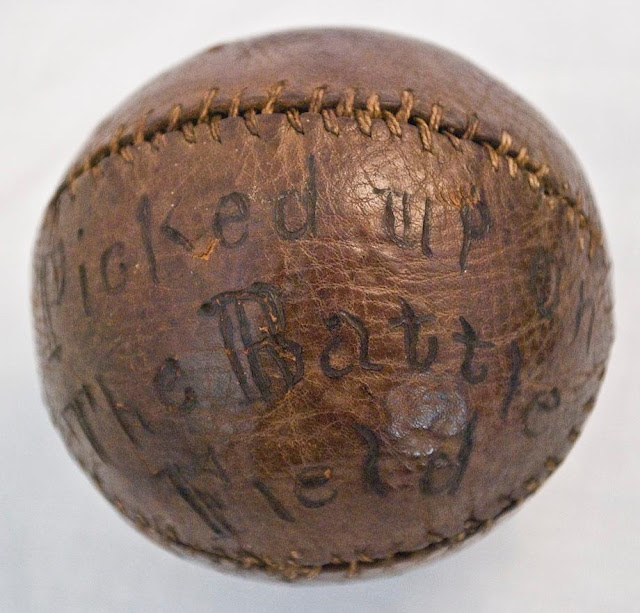 Very very cool.  Not just a Civil War era baseball, but one used in a battle zone:


During the War Between the States, the game was played on the battlefields and even in wartime prison camps. Baseball was, after all, portable, and even amid the horrors of war, soldiers sometimes found opportunities to play on the vast open fields where they needed only a bat, a ball, and a few willing participants.

This ball was found and retrieved in 1862 in Shiloh, in southwestern Tennessee, on the grounds of one of the Civil War’s bloodiest battles. The ball is inscribed: “Picked Up on the Battle Field at Shiloh by G.F. Hellum.” Giles Hellum was an African-American who worked as an orderly for the Union Army at Shiloh. He later enlisted as a soldier in the 69th Colored Infantry. The artifact is a “lemon peel ball,” looser and softer than today’s baseballs, and it is hand-stitched in a figure 8 pattern with thick twine.

From The Vault (Slate's history blog), via Neatorama.