The Corpse in the Cistern - updated 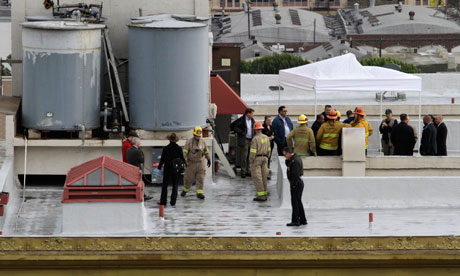 When I started TYWKIWDBI in 2007, this was my third post -


The Mitford sisters reportedly posted this sign in their home:

I updated that a year later with this addition:


That was just a humorous stunt appropriate to the young Mitford girls. To my surprise, the Janesville (Wisconsin) Gazette just put out a story about Lillian Greenman, their city's 107-year old resident, which included this observation:


As a child, she lived in a stone farmhouse on Stone Farm Road near Edgerton. It was a great place—except for the lady in the cistern. "The man who lived there before us had run off," Greenman recalled. "The neighbors said they had heard the two of them fighting." Eventually, the neighbors found the woman's body in the cistern. "Imagine, we had been washing with that water," Greenman said.

I lived for several years in a rural location in Kentucky, with all of my water supplied from a cistern. The collection system drained the garage roof, which had tree limbs overhanging it, so at certain times of the year I would find insect larvae coming out of my tap. Maybe I should have drained it and checked the bottom...

Now it's time for one more addendum, as reported by the Los Angeles Times and The Guardian:


For days, residents of the Cecil Hotel thought something was amiss. At least one said there was flooding in one of the fourth-floor rooms, while others complained about weak water pressure. One of those complaints led a hotel maintenance worker to check Tuesday on one of the large metal water cisterns on the roof, where he discovered the body of an unidentified woman in her 20s at the bottom of the tank...

British tourist Michael Baugh, 27, and his wife, who had complained about the poor water flow after days of showering, brushing their teeth and drinking some of the tap water, were shocked at the discovery. "We feel a bit sick to the stomach, quite literally, especially having drank the water. We're not well mentally," he said...

Terrance Powell, a director co-ordinating the department's response, said the water was also used for cooking in the historical hotel near Skid Row, adding that a coffee shop in the hotel would remain closed and has been instructed to sanitise its food equipment before reopening. "Our biggest concern is going to be faecal contamination because of the body in the water," he said. The likelihood of contamination is "minimal" given the large amount of water the body was found in, but the department is exercising caution...

More at the links, but I thought this was interesting:


The Cecil Hotel was built in the 1920s and refurbished several years ago. It had once been the occasional home of serial killers such as Richard Ramirez, known as the Night Stalker, and Austrian prison author Jack Unterweger, who was convicted of murdering nine prostitutes in Europe and the US.