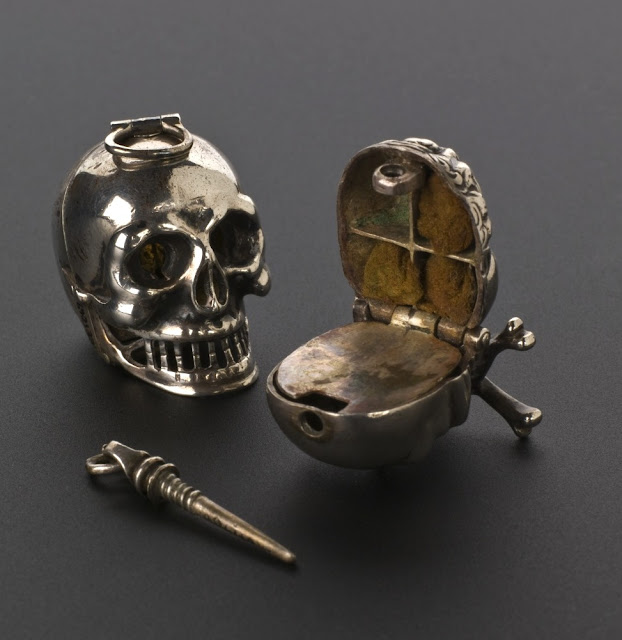 
Like pomanders, vinaigrettes could be used as a vessel to hold strong smelling substances to be sniffed should the user be passing through a particularly smelly area. At a time when miasma theories of disease – the idea that disease was carried by foul air – were dominant, carrying a vinaigrette was considered a protective measure. Vapours from a vinegar-soaked sponge in the bottom were inhaled through the small holes in the top of the ‘acorn’. If a person felt faint they could also sniff their vinaigrette and the sharp vinegar smell might shock their body into action. The other side of the vinaigrette shows a face and could act as a memento mori – a reminder of death. The skull was probably hung from a piece of cord or necklace and carried at all times. It is shown here with another skull-shaped example (A642133).

Via Sutured Infection.  (Image cropped from the original).