"Sarajevo roses" and a bibliocaust 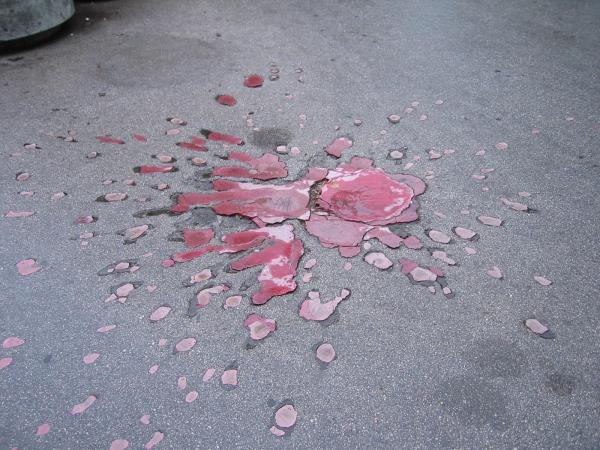 Last night I watched the 1997 film Welcome to Sarajevo.  It's a powerful film, often not easy to watch.  This somewhat cheesy promotional trailer gives a sense of the movie for those not familar with it:

The film's focus is on the plight of the orphans, but I couldn't help noticing in the movie (briefly shown at 1:24 in the trailer) the burning of the National Library; it reminded me of the recent bibliocaust in Mali, so I looked up the Sarajevo one this morning:


On 25 August 1992, Serbian shelling during the Siege of Sarajevo caused the complete destruction of the library; among the losses were about 700 manuscripts and incunabula and a unique collection of Bosnian serial publications, some from the middle of the 19th century Bosnian cultural revival.Before the attack, the library held 1.5 million volumes and over 155,000 rare books and manuscripts.  Some citizens and librarians tried to save some books while they were under sniper fire, at least one person died.  The majority of the books could not be saved from the flames.

The image embedded at the top is a "Sarajevo rose":


A Sarajevo Rose is a concrete scar caused by a mortar shell's explosion that was later filled with red resin. Mortar rounds landing on concrete create a unique fragmentation pattern that looks almost floral in arrangement. Because Sarajevo was a site of intense urban warfare and suffered thousands of shell explosions during the Bosnian War, the marked concrete patterns are a unique feature to the city.