Early history of the odometer 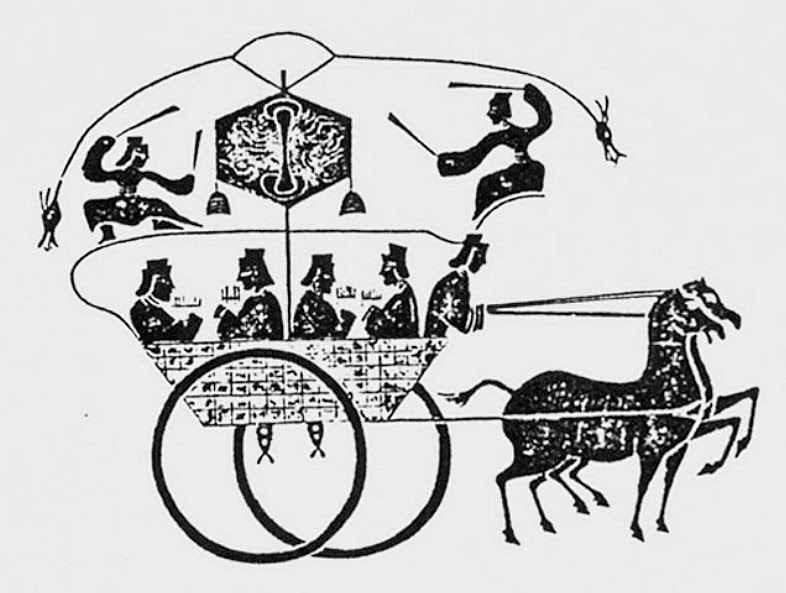 Until a couple weeks ago I had assumed that odometers were first developed in conjunction with the automobile.  Then I read about Tycho Brahe's odometer, and decided to research the topic a bit further.  The precursors to mechanical odometers were "bematists" [from the Greek word for a "single pace"] who counted their steps:


Bematists accompanied Alexander the Great on his campaign in Asia. Their measurements of the distances traveled by Alexander's army show a high degree of precision to the point that it had been suggested that they must have used an odometer, although there is no direct mentioning of such a device.

The earliest-recorded mechanical odometers were in Rome and China:


The odometer of Vitruvius was based on chariot wheels... For each revolution a pin on the axle engaged a 400 tooth cogwheel... This engaged another gear with holes along the circumference, where pebbles (calculus) were located, that were to drop one by one into a box. The distance travelled would thus be given simply by counting the number of pebbles...

The Sun Tzu Suan Ching (Master Sun's Mathematical Manual), dated from the 3rd century to 5th century, presented a mathematical problem for students involving the odometer. It involved a given distance between two cities, the small distance needed for one rotation of the carriage's wheel, and the posed question of how many rotations the wheels would have in all if the carriage was to travel between point A and B... 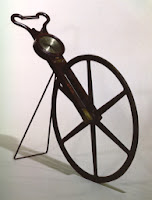 By the nineteenth century, precise odometers such as the one shown at left were being crafted by George Adams of Fleet Street, instrument maker for King George III.

I've not been able to find a link describing the form of odometers in the 16th century, when Brahe was reported to have one on his carriage.