Filming locations for The Third Man 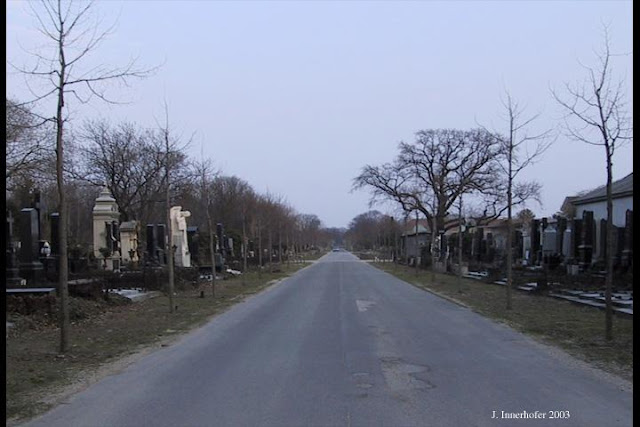 Yesterday, when I posted the final scene from The Third Man, I asked if anyone knew the name of the street where it was filmed.  Chemsolver identified it as a street in "Wiener Zentralfriedhof," the main cemetery in Vienna.  He also appended a link to a remarkable resource for film buffs.

Location Shots in Vienna of The Third Man (1949) correlates scenes from the movie with recent photos of the locations.  Over a hundred stills from the movie are presented, with current information when available, including some continuity mistakes noted in the movie, some commentary ("The current buildings replacing them are supremely boring examples of architecture, only slightly better than the rubble they replaced..."), and up-to-date photos when possible.  The website seems to be an ongoing project with some locations remaining to be identified.  Nicely done.