How butterflies came to the Americas 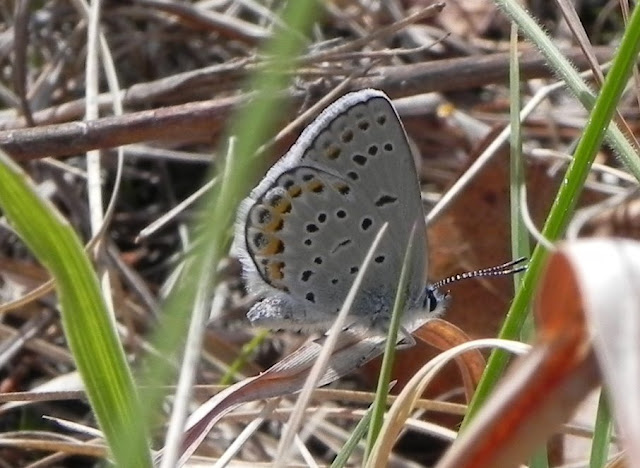 [Vladimir Nabokov] was the curator of lepidoptera at the Museum of Comparative Zoology at Harvard University... in a speculative moment in 1945, he came up with a sweeping hypothesis for the evolution of the butterflies he studied, a group known as the Polyommatus blues. He envisioned them coming to the New World from Asia over millions of years in a series of waves.

Few professional lepidopterists took these ideas seriously during Nabokov’s lifetime. But in the years since his death in 1977, his scientific reputation has grown. And over the past 10 years, a team of scientists has been applying gene-sequencing technology to his hypothesis about how Polyommatus blues evolved. On Tuesday in the Proceedings of the Royal Society of London, they reported that Nabokov was absolutely right... 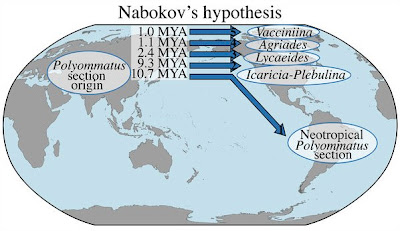 Dr. Pierce and her colleagues concluded that five waves of butterflies came from Asia to the New World — just as Nabokov had speculated. “By God, he got every one right,” Dr. Pierce said. “I couldn’t get over it — I was blown away.” ...

Dr. Pierce and her colleagues found that the first lineage of Polyommatus blues that made the journey could survive a temperature range that matched the Bering climate of 10 million years ago. The lineages that came later are more cold-hardy, each with a temperature range matching the falling temperatures.

And the correlate to this - left unstated by the investigators and the NYT, but quite obvious to me - is that the reason early humans crossed Beringia from Asia to the Americas is that they were interested in the butterflies.

Photo:  An endangered "Karner Blue" (Lycaeides melissa samuelis), photographed by me at Bauer Brockway Barrens, Wisconsin in May of 2010.  This butterfly was originally identified by Vladimir Nabokov.  The Southern Wisconsin Butterfly Association has tentatively scheduled another field trip to this location on May 21, 2011.  Local enthusiasts can say tuned to this blog for further updates after the snow melts...