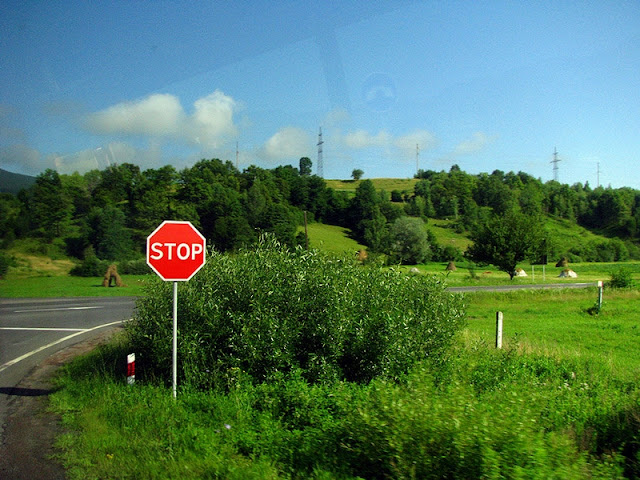 When I saw the image above in a photoessay about the Ukraine, I was immediately reminded of this comment by Bill Bryson, in his book The Mother Tongue; English and how it got that way -


“In Yugoslavia they speak five languages. In not one of them does the word stop exist, yet every stop sign in the country says just that.” (p. 179)

I wonder if other countries also use the word "Stop" on signs, but not in the native language.

Addendum:  Andrew and Fletcher indicate Portugal and Spain use the word "Stop" on their signs.  And ch.zimmerman found a Wikipedia page on this topic - with interesting photos of Stop signs in many countries.

Reposted from 2011 to add this information about blue stop signs: 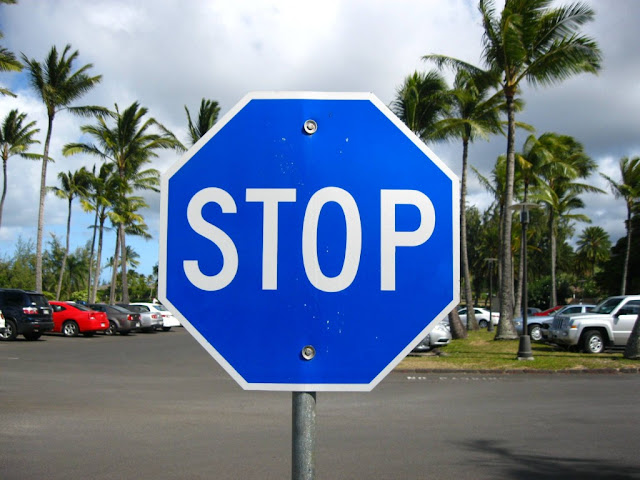 
"...specifically bars the display of any “sign, signal, marking, or device which purports to be or is an imitation of or resembles an official traffic-control device or railroad sign or signal” by a private person or entity. The law was likely intended to prevent homeowners or the like from putting up stop signs near their property. But the law had a (likely) unintentional consequence: it appeared to regulate large parking lots and private roadways... Enter the blue stop sign. It clearly communicates to drivers that they need to stop, in order to not get into an accident. And it also clearly shows that this isn’t a typical, municipal stop sign."

More information at Now I Know.