The River Thames - then and now 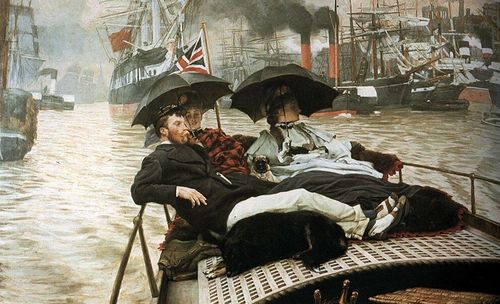 Excerpts from an article at The Telegraph about the return of wildlife to a newly-cleaned-up Thames:


It was near this spot in 1878 that more than 600 passengers on the steamship Princess Alice died when the pleasure boat sank in a collision. As they swam towards the safety of the shore, the passengers were overcome by the noxious cocktail of pollution in the water. In 1957, the pollution levels became so bad that the River Thames was declared biologically dead. The amount of oxygen in the water fell so low that no life could survive and the mud reeked of rotten eggs.

Fifty years later, the Thames has become a very different place. It teems with life: 125 species of fish swim beneath its surface while more than 400 species of invertebrates live in the mud, water and river banks. Waterfowl, waders and sea birds feed off the rich pickings in the water while seals, dolphins and even otters are regularly spotted between the river banks where it meanders through London...

Environmental officials now say the Thames is the cleanest it has been in more than 150 years and nearly 400 habitats have now been created to allow wildlife back into the river...

Much of the return of wildlife to the Thames has been due to improvements in water quality. Strict legislation now prevents industry from dumping polluted effluent into the river and its tributeries. Sewage from London and the surrounding area is now treated and then exported.

“Improving the water quality is only half of the battle though,” explains Antonia Scarr, a senior marine advisor with the Environment Agency. “We have had to create the habitats to allow the plants, fish and wildlife to move into...

Even on the smaller rivers and streams that feed into the Thames there is a transformation underway. In Greenwich and Lewisham, extensive work is underway to re-naturalise rivers that for decades have passed unnoticed beneath residents feet... The river Quaggy in Greenwich is one such example. In an area called Sutcliffe Park, the river passed though a culvert hidden beneath a large flat area that was used for football pitches. But in an attempt to restore the wildlife and rich biodiversity that once lived on the river, the Environment Agency opened up the culvert allowed the river to meander through the park.

More at the link. The painting is entitled The Thames by James Jacques Joseph Tissot (1876), via The Mariner's Revenge Song.

p.s. - I've entitled this post "The River Thames..." because I've seen the words used in that order in quite a few different places.  I think I've seen "The River Nile" (perhaps without uppercase r?), but never "The River Mississippi" or "The River Yukon."  Does anyone know what governs a convention like this?