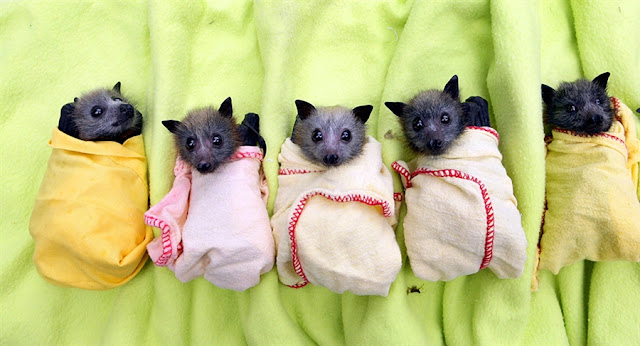 Victims of the flooding in Queensland:


Australian Bat Clinic and Wildlife Trauma Centre director Trish Wimberley and her carers have helped save 130 orphaned bats on the Gold Coast in past weeks... Carers have visited several bat 'camps' on the coast in recent weeks to find four-week-old babies on the ground covered in maggots and fly eggs. Trish said: "They're coming down to feed on the ground. That makes them vulnerable... The surviving youngsters will be bottle fed and kept either hanging on clothes lines or in special intensive care units until they are ready to fly again in about four weeks.