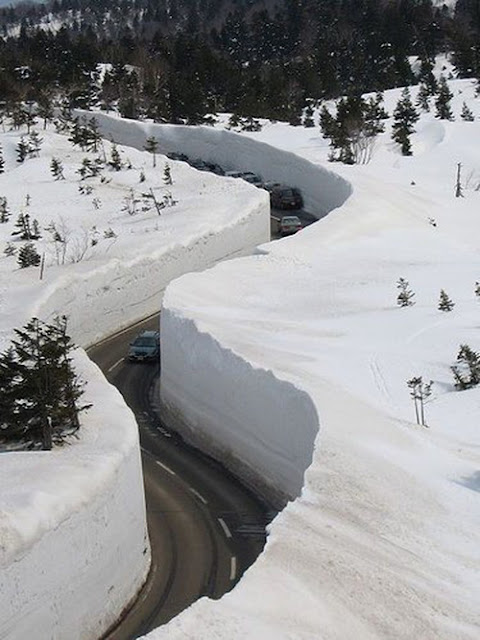 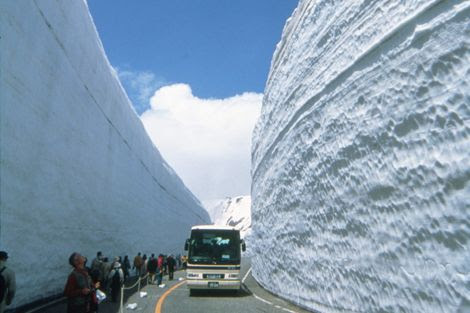 The location depicted is in the Japanese Alps:


The section of the Tateyama Kurobe Alpine Route linking the Tateyama station and Ogizawa only open from mid April to November, the reason for this hiatus is wintry snow, snow on this section reaches a thickness of 20 meters the most amazed of all is that in mid-April, much of the snow still lingers, so you have to make real corridors of ice to get through that stretch.

For those wondering (like me) how the snow is cleared from this road, this video shows the equipment needed.

Posted for Richard and Dottsie, who got the brunt of the 30" snowfall that hit northern New Jersey this week.

Addendum:  A hat tip to Karl, who found at Vimeo a video taken while driving through the "snow corridor."  I had no idea it was so long.  But what startled me was that where there are no pull-off lanes, drivers just stop and park their cars in the road. (!)