Watercolors by a very famous artist 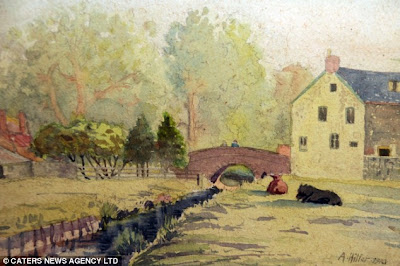 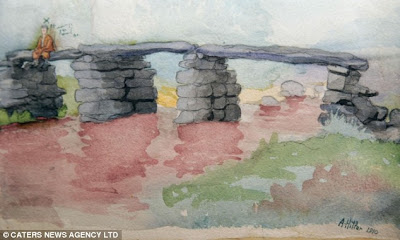 Famous not for his watercolors, but for the other career he took up after being rejected by the Vienna Academy of Fine Arts.

The paintings have been kept in storage since they were discovered in 1945. "The 13 paintings will be auctioned at Ludlow racecourse in Shropshire on April 23 and are expected to fetch tens of thousands of pounds."

'These are at best the standard of a reasonably competent amateur and some might consider them downright crude in execution."

The second watercolor above includes a self-portrait. After his second rejection by the Vienna Academy, the artist "resorted to copying scenes from postcards and selling them to tourists." After that, well, that's another story...