Sales of Hummers continue to sink 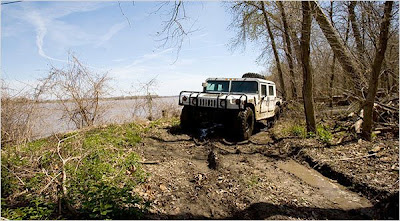 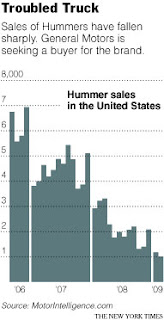 Today's NYTimes has an article on how declining sales of Hummes is threatening to put dealers out of business. If General Motors doesn't find a buyer for the brand, it may discontinue the line. "The demise of Hummer would be cheered by environmentalists, who have relentlessly criticized its model lineup, which gets, on average, less than 10 miles a gallon. Other brands, such as Land Rover, have similar mileage ratings, but Hummer came to be viewed as the quintessential gas guzzler."

My own displeasure with Hummers relates not so much to their gas consumption, but to the tendency of such vehicles to contribute to "trail braiding" on rural unpaved roads (as suggested in the photo from the NYT above). The Mpls. Star Tribune had an excellent article last fall on the role played by ATVs; I'll probably blog the topic this summer when I get back out into the woods.