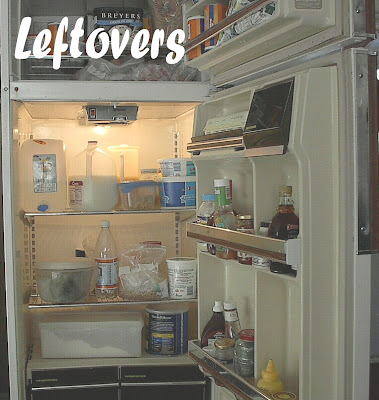 Posting the Sunday smörgåsbord late on a Monday evening; truly leftovers in every sense of the word. You can pick through these offerings to look for a tasty morsel...

People with strong religious beliefs are more likely to opt for aggressive medical care during a terminal illness. It's probably unfair to rephrase this, as some bloggers do, to say that religious people are "afraid to meet their maker." It's undoubtedly a complex relationship, but the data itself is likely valid, coming from the staff at Dana Farber.

With spring arriving, the sap is beginning to flow in the maple trees. Metafilter has a thread with multiple links, which may be of interest to a Canadian blogger and those in New England and the Upper Midwest.

Counterpunch has a column discussing the "mutilation" of young dogs - the clipping of ears and tails to render the animal more visually acceptable according to breed standards. A controversial topic with strong feelings on both sides of the issue.

A wonderful collection of hundreds of films at A/V geeks. Not theatrical releases, mind you, but rather educational school films: "For more than a decade, we’ve been rescuing old 16mm school films from dumpsters and obscurity..." The abundance overwhelms me, but there must be gems within; let me know if you find something bloggable.

A 62-year-old Norwegian woman decided to take up golf as a sport/hobby. After some lessons she went to the first tee, swung, and got a hole in one. First day, first hole, first swing. "I didn't know it was that big of a deal,'' she told the St. Petersburg Times. "I thought all golfers do this.''

The economic downturn is starting to affect zoos and aquariums, which are freezing jobs and even changing the dietary offerings to animals to reflect budgetary constraints.

A man in Scotland found a 4,000-year-old burial tomb (cist). He called the National Museum and (sadly) the local constabulary. The latter then proceeded to remove material from the site thinking it was a crime scene.

Do you like botany? Check this site - Botanicus.org. Immense amounts of material sorted by keywords - including old botanical books and illustrations. A rich resource.

Thousands of books online at Forgotten Books: "We specialize in historical writings, this includes works such as: classical fiction, philosophy, science, religion, folklore, mythology and sacred texts, in addition to secret and esoteric subjects, such as: occult, freemasonry, alchemy, hermetic and ancient knowledge."

Election officials in Kentucky have been arrested for changing the votes at electronic voting machines. "According to the indictment, these alleged criminal actions affected the outcome of federal, local, and state primary and general elections in 2002, 2004, and 2006."

Have you seen the pink elephant? Everyone else blogged it this week, so I didn't do it as a feature post. It's a case of albinism; one wonders how the little one will cope with the biological stress.

Identical twins were arrested in connection with a crime, but had to be released: "because of their indistinguishable DNA, neither can be individually linked to the crime. Both were set free on Wednesday." It's the stuff of mystery novels, but this is real life.

You probably heard the fuss and bother that ensued when President Obama gave Gordon Brown a gift set of DVDs. Personally, I think all this gift-giving between statemen is ridiculous, but the more interesting aspect of this episode is that the DVD region code will prevent Mr. Brown from viewing the DVDs in England.

New Zealand legalized prostitution six years ago. The BBC has a two-part article analyzing the result. The sex workers seem to be pleased; the public has mixed feelings.

Robot fish have been created. They will swim with regular fish and collect data regarding the aqueous environment. They cost $29,000 each.

Walking catfish have been spotted on the banks of the Thames. "Clarias batrachus is a species of freshwater airbreathing catfish found primarily in Southeast Asia."

How to put on a brassiere. You know how? Sure, but you're not nearly as cool as this lady...

What can you learn from the stomach contents of sperm whales? Lots of information about giant squids and octopuses - because the parrot-like beaks of those creatures are not digested and for some reason remain in the stomach rather than passing through the digestive tract. For the data you can derive, see the link.

Filmsite.org has a 55-part series on the history of sex in the cinema. It appears to be very well done rather than frankly exploitative, but by the very nature of the subject matter some of the thumbnails are NSFW. They also have a separate but related review of the most controversial films of all time.

Ingrid Newkirk is the head of PETA. She has a VERY (all-caps) bizarre will. Re PETA's propensity to kill animals, see this link; I can't vouch for the veracity of the information.

There's a good reason TYWKIWDBI doesn't like to blog celebrities. Exemplified by Britney Spears' "If You Seek Amy." Content not safe for 12-year-old girls, but interesting for the Shakespearean counterpart.

The economic downturn is worldwide, and it's not only the U.S. auto industry that has been hammered. Swedish automaker Saab has seen sales plunge. Can you guess the response of the Swedish government? A bailout? No way. They have wished the automaker "good luck": “The Swedish state is not prepared to own car factories.”

A man spent 27 years in prison for a crime he did not commit. He was recently released and "given just £46 by the government with which to restart his life." He is also mentally ill, and trying to reenter a world that has changed substantially in 27 years.