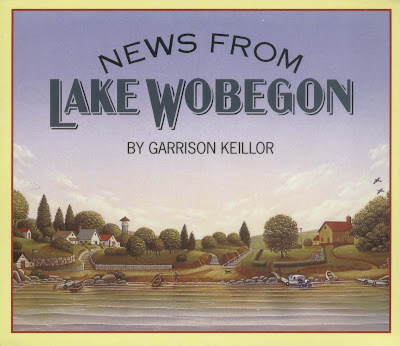 A bill has been introduced into the Minnesota legislature which would combine parts of three counties to form a single county, with a name to be chosen by the residents, but tentatively identified as "Lake Wobegon County."

This actually is not a promotional stunt. The urban area of St. Cloud, Minnesota includes parts of three counties (Stearns, Benton, and Sherburne), thus creating an administrative nightmare for officials dealing with 47 different jurisdictions within a 30-mile radius.

I have thought for years that the American system of "counties" could be markedly streamlined and made more efficient. County borders were determined when territory was settled (eighteenth century on the East coast, 1850s in the Midwest), and the goal was to have the county seat within a one-day journey for county residents so they could travel to the courthouse and return home. Those boundaries were established when the mode of transportation was the horse or the horse-drawn cart. Nowadays there is little sense in duplicating administrative offices and services within an hour's drive of one another.

Those unfamiliar with Lake Wobegon can read the link about Garrison Keillor's home town in Minnesota where "all the women are strong, all the men are good-looking and all the children are above average."