Fighting litter - one small child at a time 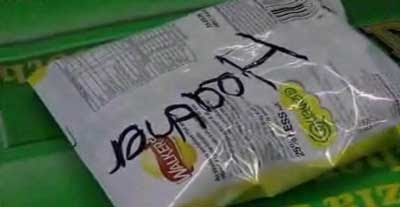 Shopkeeper Yvonne Froud was fed up with all the trash strewn around her village in Gloucestershire, England, so she decided to do something about it. Whenever a kid buys treats from her shop, she writes the child’s name on the packaging …

Mrs Froud said if named wrappers were found on the streets, she had a chat to the “offender” who was temporarily banned from the shop or asked to pick up some litter as a consequence.

“On the whole the feedback has been good.”

The clean-up campaign began four weeks ago when the children were encouraged, with the incentive of an Easter egg, to pick up sweet and crisp packets.